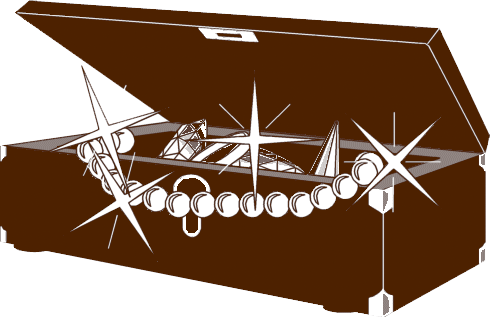 “The Necklaces” is one of the outstanding stories of the first biannual International Short Story Contest 2017 written by Benjamin Jary, The Netherlands.

Across history, nothing has ever occurred like this until now! Such magic was only thought to be in fairy tales. I had always thought magic was just tricks like pulling a rabbit out of a hat. Why did it have to fall into our hands? I was only fifteen; the only people I was related to was my mom or at least that's what I thought!

I, a young adult with hazel eyes, am tall . Emma, who was also fifteen, had long brown hair (which touched her shoulders); green eyes as green as emeralds. One afternoon, Emma and I went downstairs (into the basement) trying to find some ingredients for my mom's recipe. However, as we were trying to find them, we came across a jewellery box. Inside were two necklaces. They were the most beautiful necklaces ever. As we tried to pick them up, it happened. I and Emma were thrown against the wall. I opened my eyes to see two figures moving past us. What had happened?

It felt like someone had just shot me. The next day, I and Emma agreed that we must stay together, so the figures would be less likely to attack us (if they wanted too). Throughout the day, I kept trying to figure out what had come out when I touched the necklaces. I couldn't forget what happened. For the next few days, my life started to be normal again. On Saturday, I walked to Emma's house.

As I opened the door, I saw the figures again! "If you want your mum back," they explained," come to 742 Ivy road.

They suddenly disappeared. My blood went as cold as ice. One of them looked exactly like me and the other looked exactly like Emma... That night, I called Emma (saying what had happened) Even though I couldn't see her, I sensed she was panicking. We had to get my mum back!

The next day, Emma rushed to my house. Before we went, I grabbed the necklaces: I thought that's what caused this madness.

As we were trying to find the place where my mum was, two figures suddenly grabbed us. The next thing I saw was me, well another copy of me and Emma. "Who are you,” I shouted. They just smiled "we are you but just better."

"I've got them," whispered Emma giving them to me. This was life or death! Hoping it would work, I smashed the necklaces across the floor. Our duplicates had gone. But where?