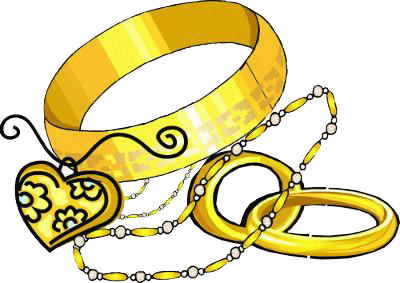 “The Lost Charm Bracelet” is one of the outstanding stories of the first biannual International Short Story Contest 2017 written by Navya Singhal, India.

Once there lived a happy family, their mother’s birthday was on the coming Monday. It was already Sunday and they had only one day to decorate and plan. They said, “We will finish decorating tomorrow.”

Next morning, they went to a mall and bought a charm bracelet for her. They came back home and had dinner together.

Then the girl saw that there were many footprints around the hole. It made a trail so then they started following it. The trail went a long way but the family followed it until it stopped at a cave.

The cave was huge and was painted black and white. They saw a few people inside. They went inside the cave and saw a man counting all the precious gold, diamond and expensive jewels.

The Father guessed that it was group of thieves and the head was counting the jewels. They even saw their charm bracelet in the pile. They wanted to inform police but they could not because it would make noise and the thieves would know that they had been seen.

To get the charm bracelet back they moved closer to the pile.

The girl said, “Daddy look, paint and brushes. Someone was painting the cave, lets paint our bodies with the same color.”

“Buy why?” Asked the Father.

“Then the thieves will not notice us”

So they all painted themselves black and white. The Father moved closer to the pile when he saw the group of thieves leaving the pile and going out. He stretched his hand inside and pulled out the charm bracelet. While he did that the brother saw a button in the rock behind them.

So, the brother showed the family the button and it said, “Magical lift”

One of them clicked the button; and an elevator came up. The elevator asked, “Where do you have to go?”

The family said, “We have to go back home”

The elevator didn’t understand, it took them to another cave because the elevator thought that they were thieves.

The family said, “Where are we? Take us to our address”, and dad dictated the address. The elevator dropped them back home unharmed.

The children said, “Sorry mom, you couldn’t have a happy day on your birthday”

Mother said, “It’s okay, all of you have done a lot for me. I thank you. The only thing that I didn’t like was this black and white paint on my body.”