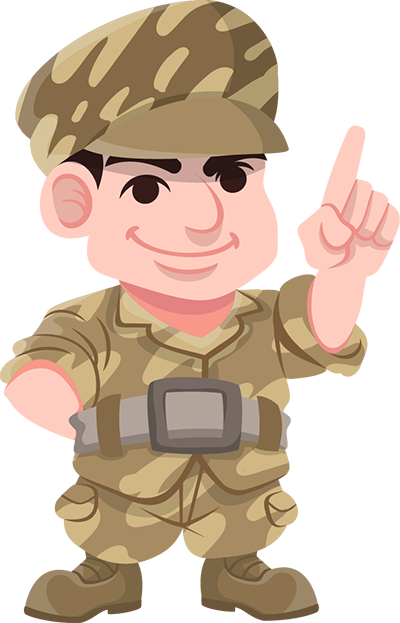 “The Letter” is one of the outstanding stories of the first biannual International Short Story Contest 2017 written by Maira Batool Rizvi, Dubai.

It was almost eleven. Knowing that he wouldn’t be able to sleep, the old soldier slithered out of bed, turned on a quaint lamp by his armchair and rested his half-moon spectacles on the brink of his nose, after teasing out a year old letter from the drawer. With a sigh, he started reading…

I remember the day you took me with you to the army general’s retirement party. I had been ten then and the most mischievous person to ever set foot on Earth. I remember you telling me that I had better put on a nice gentleman smile and behave, or else you’d hand me over to the general himself and have me turned into a top class soldier. I promise I had taken you very seriously…Even before I put a spider down Lady Teresa’s neck I had considered it! But then, the mere temptation of how the ‘oh so boring’ party was about to become, I couldn’t resist it. I also remember, how you had threatened to put a spider down my neck to see how I would feel.

Then, on my fifteenth birthday came the Rocky Mountains. That day, I know I changed. It was like the strings connecting me to the ground had been broken just to be connected to the magnificent mountain that gleamed in the sunlight. Mount Elbert. That moment, I had a goal in life. I would; no matter how much physical and emotional exertion it took out of me to climb Mount Elbert. I knew I had made ample mistakes in my life, but I was no coward. How could I be? After all I was your son…

The next few years passed by quickly. Somehow I managed to survive school and get through all the icky things like prom and graduation. Then came the day, it was three in the morning, and I had just turned twenty the day before. Adrenaline pumping through my body, I packed my backpack with packets of various crisps and snacks.

With a last look at the mess of a room that I had lived in for the past twenty years, I crept out of the window onto the patio, while managing to cut my arm on a stray thorn. Great beginnings! I then spent another five minutes trying to stop the blood, and then spent another fifteen minutes looking for a first aid kit (I let myself in through the key that you kept beneath the doormat). Then, at three thirty, I finally took off, strolling casually as I passed the city, but breaking into a jog as soon as I reached the outskirts.

That day, I beat the sun to the mountains, making it so angry that it beat down on me mercilessly throughout my walk until I finally slumped beneath a tree and fell into a dreamless slumber.

Regaining consciousness, I estimated the time to be late evening as the orange and yellow colours danced across the sky like a child splashing paint on paper. On contrary to what most people thought, I believed nighttime to be a gift from god to the people below. A gift that not everyone would understand, just the ones who’d lost something really dear to them. I know, I looked up every night just to see my mom’s face smiling at me, the most beautiful star alight…

A whole week had passed. Every second taking me one step closer to my goal. When finally it came into sight, the sight that had captured me five years ago hit me like a bullet once more, and I couldn’t help but stare at its unrealistic beauty. I had known it then, and I knew it now .This was my destiny. The mere vegetation; fruits and vegetables, the shimmering blue lake, the shade of the trees…I could and I would live there. Dear father, I would like you to know that I was never unhappy at home; it was just as you used to say, because I was born with a daring brain and a body full of nerves.

By the time you receive this letter father, I would already be living happily here. Don’t try to look for me but keep in mind that I will visit you. After all, how long can a boy live without his dad?

Smiling, the old soldier put down the letter on his desk. In the next room, he could hear his son’s gentle snores. He had kept his promise… he had returned to visit but he would never stay and his dad wouldn’t dare try to make him. After all, he was a soldier’s son.