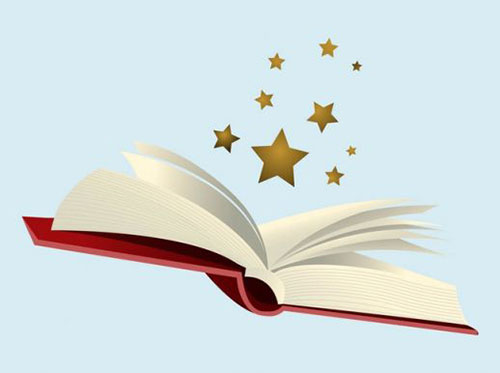 “The Land That Wasn’t There” is one of the outstanding stories of the first biannual International Short Story Contest 2017 written by Hafiza Nuritdinova, United Kingdom.

The Land That Wasn’t There

Once there lived a very annoying boy named Charles. Nobody liked him and in return he annoyed them. One day Charles woke up in the middle of the night as he often did when he was having nightmares. And what he found was a group of children in a semicircle around his bed. The children were chanting something in a foreign language. There was something weird about them. They had a lifeless expression on their faces yet they seemed alive too. As quick as a flash, he bolted out of his bed, leaving the children behind him. He fled at full speed, when out of corner of his eye, Charles saw an old lady walking down the corridor and in her hand she was holding a book. Unable to stop himself, Charles ran into the old lady. The lady gave a high-pitched shriek as the book slipped from her grasp. She dived for it..., but she only ended up in a mangled heap as the book fluttered down to the ground, wide open, only millimetres from her fingers. Charles was terrified, who were these people? Why were they here? But little did he know, that these were only the start of his troubles. Too lost in his thoughts, Charles failed to notice himself touching the book. He moved to stop, but the book snapped shut and disappeared, taking Charles with it...

Charles wondered, was he on the Earth? Perhaps he was, perhaps he wasn’t. Charles scanned everywhere for something he recognised, but he found nothing .He thought back to what had happened to him, the old ladies shriek still echoing in his ears. This was only getting weirder. He gulped at the thought of friends and family-only then did he realise- he had no friends. His eyes flooded with tears thinking of home. He couldn’t stop weeping until he felt a tap on his shoulder, he looked back and immediately stopped crying. Right behind him was a figure with greyish skin and a short hat, his eyes were unseen because of his hat shadowing them and his lips were twisted into a deep and murderous frown. This man made Charles tremble with fear. He tried to convince himself that it was just his vivid imagination. Then he felt another tap. Once again he looked back. Nothing. Then there was a third tap. Charles looked behind to see the same man. He thought he was seeing things, but this time he wasn’t so sure.

Charles checked a shed at the furthest corner. This shed was damp and stinky. He looked around him, it was more like a prison than a shed. It had bars on the windows just like a prison. In fact it had everything just like a prison. Charles didn’t know how he could’ve mistaken THIS for a shed. He looked down at himself. He was bound in chains. Filled with pain, Charles struggled and pulled at the large metal chains. He knew he couldn’t pull free, so he closed his eyes. Some long seconds later, Charles opened his eyes, the weight of the chains still pressing down on his body. There, right in front of him, stood the man that had tapped him. He gave a bellowing laugh and disappeared. Wow! How did this man keep disappearing? Charles wished he could do that, he opened his mouth to scream but thought better of it and changed his mind. A few minutes later, a girl strolled in. She had a black and grey summer dress on, black hair and white skin. Charles thought that she looked very peculiar indeed. In her hand was the key. The girl unbound him and walked straight through the door! He saw her float a bit and disappear. This was getting more and more weird. Charles got himself as warm as possible and walked out.

The door groaned as it opened. Charles was so focused on getting out quietly, that he didn’t notice walking into what looked like a river. But the weird thing was, that it felt like air. Charles couldn’t swim. He was drowning! He splashed and kicked, but still, he couldn’t get to the surface. Suddenly, the girl appeared again, she pulled him to the surface. She seemed to float like air. She led the way until they got to a cliff. The man whom Charles had encountered earlier appeared. The girl said that she couldn’t help him against her father, and disappeared. The man’s eyes glared menacingly. For once his eyes were visible. The man drew a dagger. Charles almost stumbled of the cliff. Then he saw the bridge and the book which had brought him there. Charles raced on to the bridge – which snapped as he walked on it - until he finally got to the other end. His fingers skimmed the book. He had won.

Charles appeared in his bedroom. The children had vanished. He rushed to tell his mother who said: “That’s what happens if you are not friendly with people around and don’t get along”.

From that day on Charles stopped being annoying and had lots of friends. One night, Charles thought he saw the children again, but this time, they looked alive and were smiling. They were chanting something that sounded better. Smiling, Charles went back to sleep. His adventure in the world that wasn’t there did have some good causes after all!