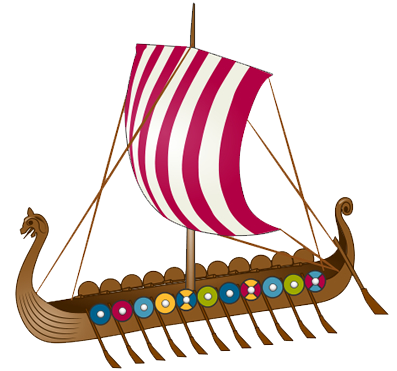 “The Infinity Crew” is one of the outstanding stories of the first biannual International Short Story Contest 2017 written by Tanav Sinha, India.

Once upon a time there were three young people living in a tree house on their own. Their names were Jason, Macy and Clay. One day Jason and Clay decide to go mining. They set off on a cart completely unaware of the wrath they would bring with their act.

Soon they reached their destination and started mining. When they had mined almost a hundred feet, Clay cried out to Jason,

“Look, what I found!” It was a box embedded with gems. It had a lock on it and a poem had been carved on the front. It read:

“Whoever finds this box shall be the Infinity crew.

They should face a sea of monsters out of view.

An oath to keep a final breath.

And foes bear arms to the doors of death.”

They boarded their rail carts with whatever they had found. When they reached back to their tree house they went into the underground chamber below the tree. They got their smolders and molded a key for the lock. When they were done, they called Macy in the chamber and told her what happened.

“So, this sounds like a prophecy. What can have a cooler name than the infinity crew? Come on, let’s open this old box.”

The inside had a paper and enchanted weapons. The paper said:

“Greetings, Infinity crew! I, King Arthur have heard a prophecy about you. We wrote this page and buried this box for you to find! You have to make a ship, crew and inventions to save the universe! My oldest Nonhuman enemy, the Kraken has been reborn. He plans to devour the earth. And find my son, prince Lucky. He is the only one who can push Kraken into the doors of death! Sail your ship to Europa to slay the Kraken before August 1st, the day he shows his true form!”

The realized they were the chosen ones and decided to follow the instruction and proceed to save the world.

“Okay, guys, I will find the crew and you build the ship. I am packing and leaving on the jet now.” Macy said.

“Now how should we build a ship?” Jason had barely completed the sentence when another paper appeared in the box. Clay grinned,

The paper said to take the enchanted bow and arrows and shoot the arrow in any direction. They did, and resources fell from the sky and started building themselves. Then, new inventions and furniture fell from the sky. Within minutes the ship was done. Its hull was massive and it had a dragon figurehead. It could fly, too.

A week later, Macy returned. She had found the crew, and even prince Lucky. She had found seven people. Their names were Leyster, Luke, Jack, Mary, Beckendorf, Katie and Leo. They pledged to save the universe.

Clay discovered that the ship had a teleporting limit to the middle of Greece. He pressed a button and in 5 minutes, they were now in Greece. The time had seemed less. 5 mins had been 5 days. It was the 30th July, they were running out of time for sure.

In the evening they gathered for dinner and then they went to sleep in their cabins. In the morning they reached Europa. The Kraken was in a temple. He was waiting for the heroes thanks to his magical powers. The heroes knew where he was as well due to special power given to them for the purpose. When they entered the temple they were greeted by fire balls. If it had not been for Jason’s magic swords they would have been roasted.

That’s when they saw him. He had the legs, wings and head of a Dragon. The fight began and he breathed fire on them. They were all good at fighting and yet could not destroy Kraken. Prince Lucky told them to attack together.

So they did and this gave prince Lucky a chance to push him to death. The Kraken wailed before turning to dust.

Next was an army of monsters. They defeated them all with great valor and bravery. Stories of their bravery reached to the farthest lands. The team flew back to India, their home and became famous and rich heroes.