Story Contest 2017 #1 - Outstanding Stories » The Heart of the Truth 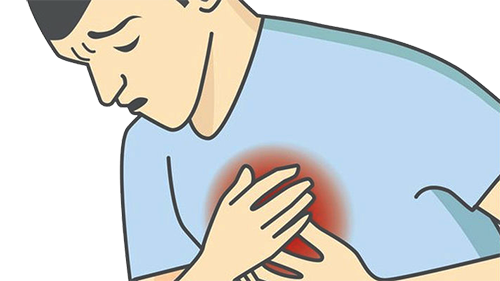 “The Heart of the Truth” is one of the outstanding stories of the first biannual International Short Story Contest 2017 written by Henry-Sam Obisakin, Nigeria.

The Heart of the Truth

Glory knew that her Daddy did not die of a heart attack. She did not care what everyone was saying and everyone was saying it was a natural death. What was natural about a heart attack? What she knew was that Daddy died while he was brushing his teeth, which was funny in a not very funny way because Glory had just spoken to him. She had asked him about some stuff for school and Mom had called her away and the next thing everyone heard was this crashing sound like the world coming to an end and indeed that was what it had been. Dying like that was not natural. To Glory, Daddy’s death was murder and she was going to prove it.

She put the suspicious brush and paste into a black shoe box she hid under her bed and sat before the family computer to search the internet for do-it-yourself forensic kits. She found a couple for detecting heart-stopping poisons and was about to make a choice when she heard a voice in her left ear that made her jump in surprise. “What are you doing?” asked Precious, Glory’s boy crazy senior sister.

“None of your business”, Glory answered back and tried to hide what she was doing on the computer. After all, you could not trust anyone.

“Come on, let me see”, said Precious as she shoved her baby sister out of the way and sat before the computer.

“What is this? How- to- identify-heart-stopping-poisons?!” Precious gasped then shouted, “Are you investigating Daddy’s death?”

Glory shushed her sister “Ssshhh! Keep your voice down. Don’t tell anyone but I don’t think Daddy died a natural death”.

“Really?” said Precious, who did not believe her ears. “Of course Daddy died a natural death- he had a heart attack, Silly. No one poisoned him.”

Glory would not hear of it. “That’s what you want to believe but I know for a fact that he was perfectly alright when I spoke to him just before he died. He did not look like he was going to have a heart attack. He would have said something.”

“Maybe he couldn’t say anything because he had toothbrush and toothpaste in his mouth,” said Precious.

“Or maybe the toothpaste or toothbrush must have been poisoned! Think about it for a minute.” said Glory.

Precious thought about it for a second then said “Wait a minute, if the toothpaste was poisoned would Mom not be poisoned too?” Glory looked at her and said nothing and Precious opened her mouth wide, “Oh please! How can you think such a thing? You are crazy!” Just then, there was a knock on the door. Glory got scared and whispered,

“Please do not tell anyone about our investigation”.

“You mean, your crazy investigation,” Precious whispered back.

“Well it’s yours too now that you know about it”, said Glory.

The knocking on the door became a banging and their sister Grace on the other side said “Open up! I need to use the loo!”

Precious said “OK. Give me the evidence. I will help you check it with a friend at the university. She is in Forensic Sciences department. If I prove there is nothing on the brush or in the paste, will you stop all this nonsense?” Glory agreed and gave her sister the black shoe box before they let Grace in.

Four days later, Glory was sitting in the kitchen talking with the cook, Big Mama. Big Mama was huge and she filled the kitchen as she cooked dinner and listened to Glory. Glory was angry and sad at the same time. She was reporting Precious’ feedback. “She said there was nothing on the toothbrush or toothpaste but I don’t believe her. Now I don’t know what to do. Big Mama, Do you think Daddy really died of a heart attack? I mean they say because he was fat –“.

“Fat! Ha!!” Big Mama breathed heavily as she moved a big pot from one end of the kitchen to the other. “Your father was the healthiest man alive, let me tell you child.” Now she was stirring soup with a giant spoon in an even bigger pot. “So what if he had a little meat on his bones? That’s a sign of good living. I should know.” She stopped to wipe the sweat from her brow. “You think too much little one. Sometimes, things happen just because it is time but if you really think your Dad’s death wasn’t normal, never give up looking for the truth. Now run along or supper will never get ready”.

Glory wouldn’t leave. “Please let me stay with you, Big Mama. I don’t want to see any of the others”.

Big Mama winced and flexed her left arm. “Sorry, Little One. I have to work and you are in my way. Come back in an hour, Ok? Now shoo shoo.”

Glory bumped into Grace just outside the kitchen door. Grace looked at her through her glasses and said, “I know what you have been up to. Precious told me. You are being really stupid.” Glory tried to walk around her but Grace would not let her pass.

“You can’t go around talking rubbish. Do you want to break up the family?”

Glory shouted “Let me go!” almost at the same time they both heard a loud crash from the kitchen. Grace got into the kitchen before Glory. When Glory arrived, she saw Big Mama on the floor. Her eyes were wide with fear and she was clutching her chest. Grace was cradling Big Mama’s head on her laps and putting a pill into her mouth. When Grace looked up, she saw Glory standing there crying. “Go and get Mommy.” Glory did not move and Grace had to shout “Go now, you foolish girl or she could die!” Glory ran away screaming “Mommy, Mommy!!”

Later, Glory, Grace, Precious and their Mother were at the hospital waiting to hear about Big Mama’s condition. Grace was working on Mother’s Ipad, Precious was chatting on her phone and Mom was pacing. Glory was sitting in a corner all by herself. The doctor came out and said,

“Mrs. Chika will be fine.” and everyone breathed.

He replied “She had a heart attack but she will recover. She told me that Grace gave her a pill …” The doctor looked for who Grace would be and Grace said “I gave her aspirin”.

“You may have saved her life with your quick thinking. She was lucky to have you around. Now all of you relax. You will be able to see her soon.” And he left.

“No no Glory. You did not cause their heart attacks.” said Mother. “We never told you children but your Daddy had a heart attack before.” The girls were surprised. “Yes. The doctor told him to lose some weight and avoid stress but you know your daddy, he always wanted to live life without fear.” Mother looked so sad.

“I should have forced him to lose some weight but I didn’t.” Mother started to cry. “No Glory. It was not your fault. It was mine. He would have been alive today if I had made him change. I’m so sorry, girls. I let you down.” Her daughters hugged her and each other.

After a while, Grace said, “After Daddy died, I learnt all I could about Heart attacks, the warning signs and what to do when it happens. That’s how I knew what to do to help big Mama. If I had known then what I knew now, maybe Daddy would have lived.”

Mother said “I did not know how Daddy’s death affected you all. I should have paid more attention. I promise to spend more time with you from now on.”

“Me too” said Precious. Glory and Grace laughed. Then the nurse came and told them they could see Big Mama now. They all went to see their cook. Big Mama was on the bed and she turned to smile a big smile at them when they came in. Glory ran to give her a hug and Big Mama said, “I’m alright, Little one. It’s not my time.”