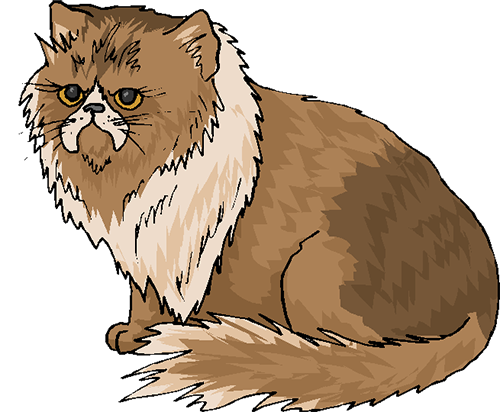 “The Funny Island” is one of the outstanding stories of the first biannual International Short Story Contest 2017 written by Nannapat Tippayarat, Thailand.

Once upon a time, a long time ago there was a girl named Aqua. Her dream was to become one of the best sailors in the world. One day, she decided to sail to Cat Island in the mysterious ocean. When she told her parents about her decision her father said she was too young and told her not to go. However, with the determination that made her special, she told her father that she had sailor blood in her body, and she thought she was ready. Finally, her parents allowed Aqua to go with one solemn condition: Aqua must go with her big fat cat named Meow Meow.

On her way to Cat Island, there was a huge storm. Her ship was broken into many pieces. Aqua struggled against the waves but they were too strong for her. Oh no!!! At that moment, there was only one thing to help her in the stormy ocean….her big fat cat. Aqua jumped on Meow Meow’s back. However, Meow Meow didn’t like water and had never swum before, but at that time, it could do nothing else, except swim (what a great cat!). It swam very smoothly that Aqua fell asleep on its back.

Two hours later, Meow Meow was tired and scratched Aqua to wake her up and asked her to swim. Aqua woke up and yawned, then said,

“Meow Meow, I don’t want to swim. So, let me continue sleeping on your back”, Meow Meow replied, “Aqua, I am a cat, I don’t know how to swim. I helped carry you on my back, and swam for two hours. Right now, I am so tired. It should be your turn to swim, or both of us will sink.”

Aqua sighed and put the big fat cat on her back, then started to swim. The cat was so heavy, Aqua tried very hard to swim, so she and her fat cat could survive. Finally, she saw a big turtle. She asked the turtle to carry her and her big fat cat to any land nearby.

The turtle said, “I can help, but only one of you will be carried on my back. You have to leave the other one behind.” Aqua pondered for a while, then replied with a smile, “My cat is very heavy, and I am too tired, but I think I don’t need your help because Meow Meow is my best friend. I cannot leave her behind. So good bye turtle.” Aqua continued swimming with all of her determination, until they reached the Magical Island. They were too tired, so they slept on the beautiful shore of that island for a while.

On the Magical Island, there was a cruel witch. She was very angry at Aqua and Meow Meow for coming to her island without permission. The witch transported them to the chocolate river, while both of them were still sleeping. She threw the unwelcomed visitors into the Chocolate River. Meow Meow woke up, and tasted some of the chocolate, then shouted, “Oh my god!!! This is very delicious.” Meow Meow drank all the chocolate from the river and became a Giant Cat. With a huge burp he knocked over three palm trees. The cruel witch was very scared of Meow Meow and ran away. Now, Meow Meow became king of the Magical Island. Later, when Aqua woke up she screamed, “Why are you getting so big, my dear cat?”

Meow Meow smiled and replied, “I just drank all the chocolate from the river.” Every animal on the island paid its respect to Meow Meow. After Aqua and her cat travelled for a while, they met with a group of beavers. The beavers were very busy building their house. Aqua asked a beaver,

“Do you guys need any help?”

The beaver replied, “Yes, please. If you help us build our house, we will give you anything you need.” Aqua agreed. She and Meow Meow helped them finish the house. The beaver said to Aqua, “Your building skill is very good. Can you please stay with us in this island? If you stay, we will grant you a wish for a million things.” Aqua pondered for a while. Then said, “Thank you, but I cannot take your offer, because my cat and I need to go home.”

The beaver asked back, “So, what do you want us to do for you?” Meow Meow said, “Please, build us a big comfortable ship, so we can sail back home.”

The beavers agreed and started to build a ship. Their very luxurious ship was finished in two hours. However, there was one problem. Meow Meow was too big to fit in it. The beavers looked at the ship and then at Meow Meow, then huddled together. After a minute, one beaver stepped away and suggested that Meow Meow exercise daily, avoid candy and sweets, eat healthy food, drink lots of water, and sleep early at night. After Meow Meow did these things for two weeks, amazingly, it could fit into the ship. Meow Meow was very surprised, she felt far healthier than before. So, Meow Meow promised to do these things regularly from that day on.

Finally, Aqua and Meow Meow said good bye to the beavers, they sailed the ship through the calm ocean, happily heading back home.