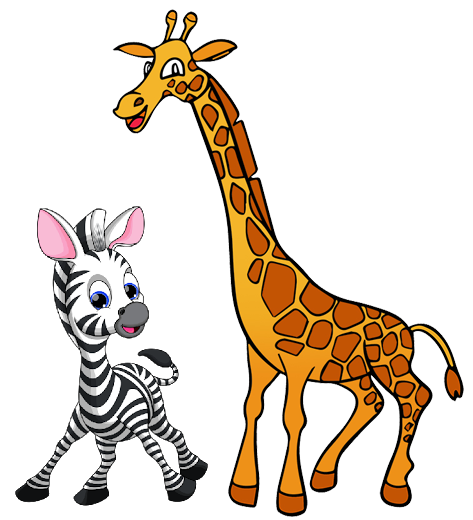 “The Four Friends” is one of the outstanding stories of the first biannual International Short Story Contest 2017 written by Harinandan, Dubai.

Once upon a time there were four friends who lived in a forest-a giraffe, a bear, a zebra and an elephant. They were very close to each other. They used to play together.

One day the giraffe and zebra had a quarrel. They stopped playing together and stopped talking to each other. The giraffe became so sad. He cried at night, he missed his friend. The other friends also became very sad. It was the giraffe’s birthday and the zebra wanted to be friends with the giraffe again. So he arranged a birthday party for the giraffe. He invited all their friends for the party.

The giraffe was so surprised by this; he had not expected such a surprise from the zebra. He was so happy and this made all their friends happy too. All of them played together again. The giraffe shared all his gifts with his friends. That day the four friends decided that they would not quarrel ever again, and they lived happily ever after.

We should not quarrel with our friends. It will make everyone sad. We should care for our friends and share everything with them.