Story Contest 2017 #1 - Outstanding Stories » The Curse of the Sword 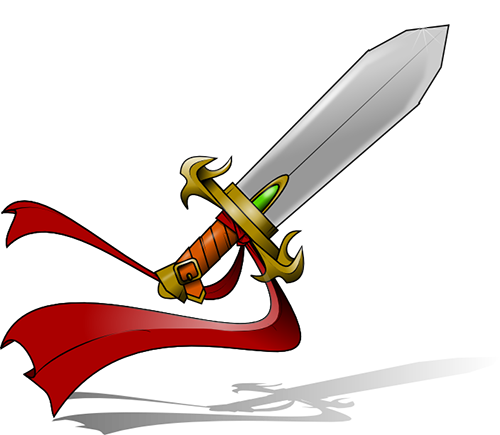 “The Curse of the Sword” is one of the outstanding stories of the first biannual International Short Story Contest 2017 written by Fathima Faizal, Dubai.

The Curse of the Sword

Once upon a time there lived a girl named Sophie. She was an orphan and lived in an orphanage. She was from the royal family. Her parents died in a war leaving behind little Sophie. Her uncle sold her to a parson who brought her to the orphanage.

Every Friday Sophie went to church, one Friday when she was on her way to church her bicycle got punctured near a forest. So she waited for someone to come and help her. The parson really liked her and cared for her. He was really worried and tensed when she didn’t come to the church. To make sure she was safe he called the owner of the orphanage William Kramp.

“Sophie has left early in the morning to the church”, he said. Then he asked, “Why are you asking me? Didn’t she reach you?”

The parson was really scared; he thought that she landed in the forest which was once the battlefield of different creatures, where her parents Luke and Tina died.

It was nearing midnight. The parson had been the commander in chief of the Royal family. William, the King had come to church. The parson couldn’t stop himself from revealing the truth, so first he introduced himself to William. When he heard this he was happy. But when the parson told him about the war and the tragedy of Sophie’s parents, William started crying .He was sad for Sophie .The battle was called The Battle of the Quadrangle Sword. It was on a Monday at midnight. The parson said, “The evil spirits of the people who died in the war come alive on every Monday and Friday at 12 o clock.”

The clock struck 12 then. Sophie heard some weird noises coming from the middle of the forest battlefield. She didn’t know that the forest was haunted and cursed by the evil spirits. She got scared and started trembling. She followed the sounds and was soon in the middle of the battlefield. The evil spirits started torturing her. They knew she was the last person of the royal family; the daughter of Luke and Tina. The evil spirit asked,

“Aren’t you here to take revenge??”

Sophie asked, “Revenge for what?!”

The evil spirit was angry and said, “For the death of your parents”

Sophie said, “My parents are still alive.”Hearing this the spirit started telling the whole story of the war between her parents and the giant, evil creatures of the forest. Nobody had told Sophie that her parents had passed away in a battle, as she was still a child they were worried that it would make her sad beyond limits.

She started crying. Meanwhile William and David made a big powerful army, The Avengers of Death.

Sophie asked the spirit, “Why do you want to kill me? Why did you kill my family?”

“We wanted the golden treasure-the Quadrangle Sword-it made the person who possessed it immortal. So we joined hands together and defeated the giants. We killed the king of the giants and got the Quadrangle Sword.”The spirit sighed, “After the battle your parents took the sword with them. They had promised that it would be shared with us but they didn’t fulfill this promise. They fought the battle with the creatures. When they were near our borders the scorpion told the giants that the Royal family had arrived to attack them. We felt really angry and took our strongest weapons and went to the battle field.”

For a while the spirit was lost in thought, “A fierce battle was fought. We were almost losing the battle when suddenly King Luke was struck on his chest with the Quadrangle sword.” The spirit’s eyes sparkled, “We started attacking again. Both the King and the Queen died and they lost the war”

In the meantime Sophie had slowly started stepping back to escape. Alas it was too late. The monsters knew her intentions. They asked, “Where are you going???Whoever comes to this forest never returns.”

At that moment the Avengers of death came to the forest. They divided themselves into 4 groups to go in different directions. But the creatures were unaware of this. It was a surprise to them. The war began. William shouted “give us Sophie or else you will have to die in a painful death”.

The Giants were scared and they had no other option but to surrender and free Sophie. The army left the forest with Sophie, but before leaving David ordered his soldiers to destroy the entire forest with all its creatures.

The next Friday at the church, a service was held for the peace of the souls of the King and Queen who had passed away years ago. Sophie was made the Princess and the caretaker of the Quadrangle Sword. With the sword in her hand she closed her eyes, she saw her parents showering their blessings on her from heaven. She promised them to be the savior of her people and the land.