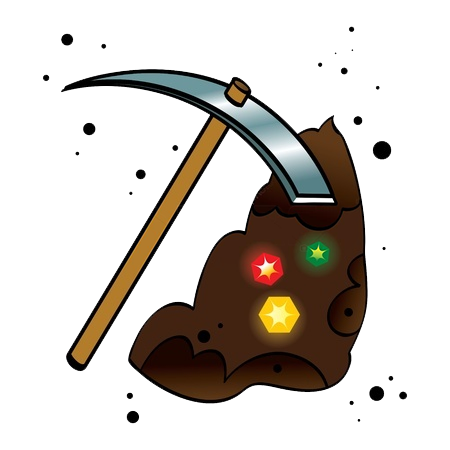 “The Benefactor” is one of the outstanding stories of the first biannual International Short Story Contest 2017 written by Solomon Ambler-Danyluk, United Kingdom.

Weeks had passed with no word, and then when I thought all was lost, a letter was delivered to me.

That project the organisation was working on turned out a great success; our company now is up to its knees in profits. It all began on the 1st of February, the grand re-opening of the Behemoth Island.

My mission was simple; retrieve the underground treasures located on the newly renovated isle. ‘Behemoth Island’, this adventurous little region of land was re-opened as an entertaining experience. Inferred from field reports, I have found that it was once a close yet remote island that was bridged into the hands of society; that being metaphorical and literal. Armed with a pickaxe, a grappling hook and a day’s worth of food, I set out to complete my mission.

My disguise was that of a simple tourist. Upon entering the park, I quickly flashed my ticket, tipping my cap to shelter my face from the view of the employees. Getting past the gates was the first step, locating the treasure was the next. While following the tour guide, I pulled out my ‘phone’, of course it was actually a highly advanced ore-finder, my key for locating the treasure. From previous Intel I knew that there was a concentration of diamond-rich stone located somewhere in this island. As the group continued walking, the guide began to inform us on the history of the island and all of a sudden, an ear-piercing screech was heard in the distance followed by a deafening roar. I took this opportunity to move away from the group; my getaway sheltered by the huge, and now distracted, group.

I quickly hid myself behind some foliage, waiting for the mass of people to disappear in the distance. The land seemed varied in height; dipping and rising with no pattern. With many rocks and greenery to hide behind, it made my job a lot easier. I continued to follow my radar-phone, dodging incoming staff just as I would catch their shadows. After an hour of searching and break intervals – a reading appeared 200ft north. As luck had it, the treasure was located in a cave - I would be free of detection from the staff; or so I thought.

I began to dig; preferring my drill to the pickaxe as it required less manual labour. It was a silenced drill; yet it produced a mild humming noise that made my fingers resonate. My drill began to fail, slowly rotating to a stop. I quickly equipped my pickaxe and got to work. I couldn’t afford to lose any time. My torch was directed at the opening of the rock where I was digging produced a shimmer. I had found it. Using the edge of my tool I scraped the rough jewels; stone and all, into the bag – filling the pack to the brim. Upon concealing my tools in the extra compartment I put the pack on and hurried outside and headed for the west end of the island; my extraction point. I thought I was safe – I was wrong.

In the distance a colossal yet mechanical beast let out an ungodly roar. It was heading my way. This barbaric entity was gleaming emerald in colour and deep crimson eyes. The monster charged – creating tremors that I could feel from a kilometre away. I kept running until the weight on my back made me trip and tumble down a sloping hill. The mechanical creature attempted to run over and crush me with its weight; I was lucky to have rolled to the side. It swept its tail, targeting me and sent me flying down the hill. I landed with a crash, the sand beneath me cushioned my fall. I was left face down on the shore. My body ached as I slipped off the rucksack.

The beast was charging at me again, I threw open my bag ignoring the throbbing in my back, and pulled out a grappling hook. I stared it down and the creatures eyes glowed ferociously. As it began to run again, I threw my hook as high and as strong as I could and it lodged into place in the monster’s glass eye, it shattered and the creature went ballistic, swinging in all directions – its tail creating a dune cloud. Through the dusty sand I retrieved my rucksack and tugged the rope on the grappling hook as fast as I could. In the distance I heard a boat’s horn – my escape. I quickly ran towards the sound, trudging through the wetness of the coast; I could see the extraction. I threw my hook onto the side of the boat and the crew pulled the rope – giving me enough momentum to swing. Behind me, the final screech of the behemoth was heard as it let out a blast of fire; singeing my clothes and lightly searing my back. Hitting the boat’s deck I undid the backpack and took a deep breath lying on my back. Mission accomplished.

With the completion of the mission, the orphanage can finally be built. So many lives can now be saved.