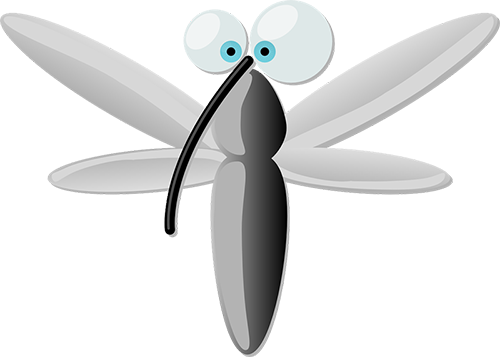 “The Adventure of a Young Mosquito” is one of the outstanding stories of the first biannual International Short Story Contest 2017 written by Anglea Mathai, USA.

The Adventure of a Young Mosquito

Once there was a young mosquito. The little mosquito was a cute boy that had caring parents and their neighbors loved him a lot. He was wise, smart, well mannered, and caring. He was adventurous too.

There was no reason for him to be unhappy, yet he felt lonely in the midst of his parents, friends and relatives. He was bored and felt something missing in his life. He yearned to find his purpose in life. As his frustration grew he decided to talk to his parents about wanting to get out of his home and into the world in search of the purpose of his life. He wanted to travel, experiencing the world and its wonders.

His parent were shocked and felt worried as they heard his intention to travel the world. They spoke to him about their enemies living outside the world, humans with large hands and palms that could easily take down hundreds of mosquitos at once. One clap of a human being can squeeze their life out of them forever. After a family discussion they finally took a decision, they let their son free to travel the world.

When he traveled away from home, he saw humans controlling everything, including the weather! He heard loud music, there was a party going on close by! People were going in and out of a big building surrounded by breathtaking gardens. He saw a very bright light and he could not resist it. The mosquito was eager to go near the light that was inside the room. He waited for his chance to get in.

Soon he figured out a way to get in, he did not understand what was going on.

He flew slowly, gliding near a couple of the human's faces. Then he sat for a while on a light before starting to fly again. What an exciting experience! He glided everywhere! But so the heavy sound from the drum was too loud for the mosquito to handle, he decided to get out of this place, but the door was closed. He was puzzled for a while until finally a man came to the door and opened it. He used this opportunity and flew out, flying far away from the place.

He flew home and was very happy to see his parents.

“How did you feel about the outside world?” his father asked.

“I like it very much, it was amazing. The world was bright and exciting. I had so much fun, but I think my purpose is to be here at home with you, my family” the young adventurous mosquito said with a smile.