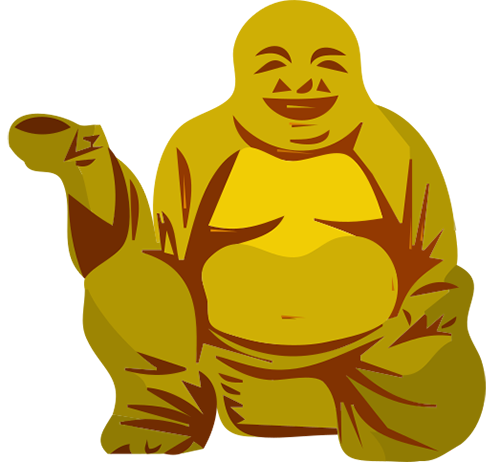 “Temple and Happiness” is one of the outstanding stories of the first biannual International Short Story Contest 2017 written by Sanjeeth.V.S, India.

It is a sunny morning in the Beijing city, China. Sanzu, a nine year old boy is excited about his most awaited adventurous trip with his beloved uncle, Xi San, a noble man and Xanzu, his charming elder brother.

They have travelled around the country and have visited rivers, mountains, valleys and forests. One day, on their way, they visited a broken temple where the people were very sad and shattered. They met Lingpo, an old man, who looked compassionate and offered them some fruits .With natural curiosity Sanzu asks him the reason for such devastation and sadness in the people that lived there.

Lingpo replied, “The temple is one of the oldest and famous ones of Lord Buddha. Few years ago a massive earthquake broke down the temple. Every bit of it is wrecked except the idol of Lord Buddha. People are in despair to see their beloved temple in such a state and also have lost their livelihood due to lack of visitors’’.

Lingpo looked into the bright eyes of Sanzu and asked with a gentle smile, “Can you do something for the temple and bring the happiness back to the people!?” , and left the place without waiting for his reply.

Sanzu sat pondering and asked some money from his uncle. His uncle San told him, “I have money, but it would not be enough to rebuild the temple.” With disappointment and in distress Sanzu fell asleep. In his dream, he hears the words of Lingpo, “Don’t give up your hopes to rebuild the temple”. Sanzu woke up and was determined. The next morning Sanzu and Xanzu gathered the people at the broken temple.

Sanzu addressed the gathering, “How long will you be in despair!? Can’t we do something to bring the temple’s glory back..!? Can’t we do something to bring the smiles back ..!? We have architects, carpenters, brick makers, painters and other people among us to reconstruct the temple. We will bring mud from the riverside and make bricks; we will collect wood from the forest and shape them into thresholds and windows, we have people, we have everything except money, brick by brick, hand in hand, we can rebuild the temple, rebuild the happiness.”

Soon after they reconstructed the temple, and the glory of the temple was back, visitors were back and happiness was back.

Sanzu searched for Lingpo but he was not found. He recalled Lingpo’s words. He felt that Lingpo was an incarnation of Lord Buddha who had come to inspire him, to bring back the happiness and livelihood for the people. Sanzu understood that people with will power and commitment can do miracles; Determination and team work are the key to the success. Sanzu felt like the idol of Lord Buddha was smiling at him!!

“When will you start calling me dad?”