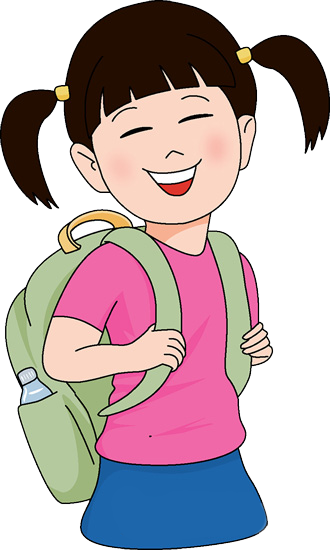 “Strange Dreams” is one of the outstanding stories of the first biannual International Short Story Contest 2017 written by Aamna Arif, UAE.

“It won't be that hard,” Mariah told herself. “It's just the first day of school. It's not a big deal.”

She tried to calm down the rythm of her beating heart, but it wasn't of any use. Inhaling the stale atmosphere around her, she took her first step to a place she dreaded.

The hallway was covered with a huge crowd; unwanted noise was enveloping her ears. She wanted a lonely corner of the spacious hallway for herself, and she couldn’t get one. Lowering her eyes, she walked her way towards her only destination, her locker.

The numbers "204" were stapled on the surface of the locker. She made a small observation before relaxing her back on the locker. Sighing in relief, she took out her phone, reading quotes. They went like this:

‘Not all who wonder are lost. Patience is the key to success.

I can see humans, but no humanity.’

She stopped at the last quote, her eyes fixed on the words. She laughed humourlessly. "How can a quote be that accurate," She muttered, tucking her phone back in her pocket.

Everyone was busy talking with their friends, and here she was, friendless and isolated. She kept thinking about how lonely she was, until someone nudged her, waking her up from her world of unconscious thoughts.

“Hello loner,” Someone with a chirpy yet insulting voice sneered, “How's wondering about your existence going?”

It was Jack, a person she had known for so long she could smell him from miles. He was that person who didn't know that human feelings existed. And of course, he wasn't a close friend. He was a bully.

“Pretty good,” She finally answered, her heart itching to leave this situation she was bound into. She nearly regretted answering him before he clutched her hair into a ball, forcing her to look at him.

“What did you say?” He growled, his pale green irises burning with fury, “Did you just have the guts to answer me back?”

Her eyes started to water, trying her best to not break out. Especially in front of a bully. “I-I'm sorry," She said. She recollected the painful memories of how Jack and his group of friends used to mock and tease her. Her scalp was starting to sting.

“Useless loner,” Jack spat at her and released her hair. Mariah's eyes were fogged with moisture as she saw Jack walking back to a group of laughing friends. She regained her normal posture and wiped away her tears, acting as if nothing happened.

Before she could recover properly, the school bell rang, signalling the first class. Everyone finally left their particular groups and ran to their classes. Mariah was the last one to go.

The classes were a fast blur for Mariah, she just couldn’t pay attention to the required lectures given during classes. Her mind was on the event that took place in the hallway and the hiding Jack's friends gave at lunch. Yes, another event she couldn’t skip.

It was finally home time, a moment of life Mariah admired the most. She walked out of the damned school and checked whether Jack was there to shred this euphoria to pieces or not. There wasn't a single trace of him.

While she was walking home, Mariah heard the whispered words people around her used to say.

“Her hair is a total mess”, “She's awfully pale”, “Her eyes are dreadful”, and so on. It never bothered her; she was well accustomed to the verbal abuse.

She entered her house, greeting her mom and dad before charging of to her room to cry out the pain she would feel every day. She would sob until her eyes were too sore to hold the torture anymore. She rubbed her eyes, feeling painful sparks.

This used to be her everyday routine. Getting hurt by the insensitive words of society and doing nothing about it other than crying. Her parents always used to compliment her, but it never brightened up her mood. Parents are supposed to say all those words to their children.

Sometimes, she would ponder on her life. Why is life so cruel? Why am I the only one? With that last thought, her eyes began to pour out again.

“Dinner's ready!” Her mom yelled, alarming Mariah from her sobbing mess. She quickly wiped away her remaining tears and ran downstairs.

Dinner was quiet. Other than a few questions about the first day of school, sound had deserted the dinner table. Mariah wasn't hungry, as always. She left the cold dead meat of lamb on her plate and ran back to her room. She didn't cry like last time, instead she dropped her body on the bed and let sleep consume her.

She had a dream. A magnificent one. This was something she saw:

Mariah was against her locker again. This time she was waiting for Jack to come and taunt her. And he did. With a twist.

“Uh,” Jack said. “I just came here to say sorry for what I did to you from all these years.”

Mariah's jaw dropped, she gazed at him as if she had just found Bigfoot from a nearby forest. Jack's face was pink in humiliation and realization was written on his eyes with great sincerity.

Before Mariah could say anything, he ran away. “What a strange boy,” She thought.

This time, all of the teachers and students were admiring her. It was like everyone was brainwashed. Everyone sent her friend requests during break. Jack even invited her to his birthday party. Anyone would be happy if they were in her place, but she was creeped out.

During her walk back from home, everyone started complimenting the features they used to despise about her. “'What a beautiful girl she is!” An elderly woman exclaimed as Mariah passed by her with her eyes staring at the ground. “Thank you,” she whispered to no one more than herself.

“What is happening to everyone?” Mariah yelled once she reached home. She tugged her hair in confusion. Everything was the total opposite of what happened to her every day.

It didn't last for long when Mariah woke up.

She gasped under the moonlight, her eyes were bloodshot. It didn't take a lot of time before she realized that everything was just a dream. Mariah wiped away the spring of sweat which was lining her collarbone. Under the dim light visible from the slits of the window curtain, another realization struck her. What happened in the dream would probably never happen in her life again.

'Hiya,' Jack said, surprisingly friendly. Mariah least expected this. Was this a joke? Is there a punch-line?