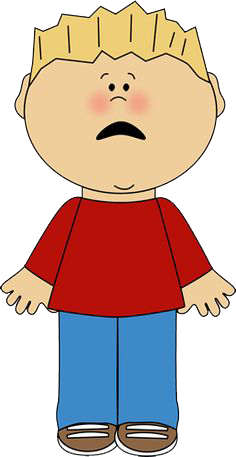 “Scary Night” is one of the outstanding stories of the first biannual International Short Story Contest 2017 written by Muhammad Taha Zaffar, Dubai.

Once upon a time there were four brothers named Taha, Hamza, Ahmed and Ayyan. They all planned to go to the park and have a party at mid night because their parents were on a holiday to Georgia. They ordered two large pizzas and bought a cake. Taha had also made a big tray of Chesse Calzone.

Taha said to everyone “Nobody should ever talk about what we did today”,

Hamza replied “Of course we won’t, you don’t think we are stupid now do you Taha”

Taha, “Of course not”

So they all headed out to the park. It was dark and spooky, Ayyan the youngest said “Guys I am scared”. Ahmed replied “Oh don’t be such a baby Ayyan”.

Suddenly they heard a small beeping sound. Ahmed shouted “Oh my god it is a bomb!”

They had just reached the gate of the park and nobody was inside. Hamza shouted “This is going to be good”.

As soon as they entered the park they saw some light flickering from a bulb near a tree. Taha said, “Ignore it, it’s just a lose connection with the wiring”.

They placed their mat on the ground and suddenly they heard a strange voice, “ah...I’ll get you children hahahaha” said a female voice.

Ahmed shouted “What was that”.

“I think someone is watching us” said Taha. “Definitely” said Ayyan. “Who’s there” Taha shouted into the darkness. Suddenly they saw a face in the tree. It looked like a witch from the book ‘Hansel and Gretel’.

Suddenly a ghost went by them. All of them screamed.

“Someone help” Taha said. “No one can help you little children”, said the voice.

“We should make a run for it”, said Ayyan. They picked up their food and began to run. Hamza shouted, “Where is the gate! I thought it was here!”

Ayyan said, “Yeah we entered by the swing exactly from here. I don’t get what is happening to us”. “Let’s just jump over the fence” suggested Ahmed. So they all jumped over the fence and into a magic portal. They ended up in a small cottage. A chair in the corner was moving by itself, Hamza asked, “Who are you?” The chair turned around, it was an ugly witch with long silver hair and nails the size of a full untouched pencil.

“What do you want from us?” said Taha.

“All I want is a clean house and a good meal” said the witch.

“So what should we do about it?”

“Everything” She took their food and gave them mops to clean her house. “The stains are not coming off what should we do”.

“Just take the acid I have kept by the table”

So Taha said “Could you show me please”

The witch grumbled, “Fine”, she went to the acid bottle and Taha pushed her into it. He said to the others, “Let’s leave. Here, take these magic broom sticks”.

So they all grabbed one of the magic brooms and flew home. Then the magic broom stick disappeared. “Well that was scary, and yeah- remember, never mention this night ever again” said Taha.