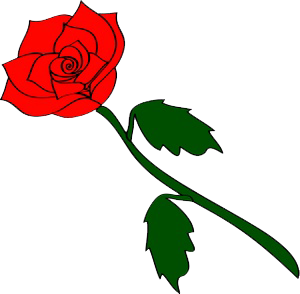 “Rose With No Thorns” is one of the outstanding stories of the first biannual International Short Story Contest 2017 written by Nilaya Nishad Mairal, Dubai.

Rose With No Thorns

Calla looked admiringly at the rose bushes, as she slipped and hurt her finger on its thorn, only to find out that what looked pretty didn’t feel the same way. She thought for a while then made up her mind, and she began her journey to find a rose with no thorns. Running across the meadows as the sunlight filled the sky she looked high and low in search of something that looked and felt pretty. Calla loved the feeling of the wind that blew her hair across her face, her lungs filling up with the cool air as her heart beat like a wild horse. She was cherishing this feeling, when whoosh! Her foot slipped and she fell on the ground.

She had somehow made her way into an odd parallel universe and no matter how hard she tried she couldn’t break the see-through wall that stopped her from reaching out to her world. The wall seemed to be resistant and ignorant to all her attempts. The sky was now upside down. Calla stared at the wall above with an abhorring gaze as she felt something. That something was the ground beneath her that had slowly started lowering and now with a faster pace, sinking into the ground and even further below. Startled by this sudden movement, she tried one frail attempt to hit the wall, as the ground slipped further she went down along with it.

The ground finally ceased its movement and came to a halt. Calla opened her eyes slowly to witness a completely different world. The sky was orange and the sun shone bright blue. The stems a bright red and the petals all green swam upon the faint blue grass. Puzzled by these peculiar characteristics, Calla delved deeper into this mystic world.

She heard a soft whisper and looked around trying to find where it came from but it seemed like the sound was in the air. Slowly a leaf quivered with life and Calla’s heart jumped into her mouth as she turned around to find the bright pink leaf smiling at her.

She stammered and said, “Wh…who…are you?”

The leaf replied politely, “I am a leaf. Garry, The Garimold leaf.”

She asked in bewilderment, “Well, do you mean to say you’re a Marigold leaf?”

The leaf replied, frustrated, “No, its Garimold for goodness sake.”

Calla nodded absent- mindedly and thought to herself about this odd place, the blue grass, yellow sky and green petals. It all seemed like an opposite world. The Garimold leaf screeched in its shrill voice,

“Hello! Won’t you introduce yourself?”

Calla finally heard the leaf and said, “Oh sorry, I’m Calla. Calla from a place which doesn’t look much like yours.”

Gary stared at Calla for a while then questioned her in a rather interrogative manner, “And might I ask what brings you to a place where you don’t belong?”

Calla looked worried and said, “Oh! I do not mean to offend anyone, but I slipped and fell into this place then the ground started lowering and now I want to get back home, to Earth. Can you tell me how?”

Gary stared at her in astonishment, “You are the first ever Earthling to have broken into Gourn”

Calla asked again,“Please tell me how to get back home”

“Oh don’t you worry. All you have to do is find a plump mushroom and jump hard enough on it to break the sky barrier so that you can reach your Earth.” replied Gary, making it all seem like a piece of cake.

“Isn’t there any other way, probably one that won’t end up with me jumping on a poor mushroom that might talk, just like you!”

Garry replied cheerfully, “As a matter of fact there is, but it’s quite tedious, the task is to find a rose with thorns.”

“A rose with thorns, how’s that supposed to be tedious? We’ve got them all over Earth” Said Calla.

“Yes, but not on Gourn, here we’ve only got roses with no thorns. I will not be able to assist you but I could give you the directions. You’ll first have to straighten your course right for the pink forest, and then move east towards the yellow river. There, if you’re lucky, by its banks you’ll find the rose with thorns” answered Garry.

“That sure is difficult, but I do need to get back home, thank you Gary!” Calla called out as she drifted into the supposedly pink forest and Garry wished her good luck.

It really was pink, (a rather bright shade). As she journeyed further into the forest she found the land getting wet and far in the front, a yellow river shone like honey, tinkling in the blue sunlight.

Overjoyed with this sight she ran straight towards the bank and there she saw a tiny little rose with a thorn that was barely visible, but the rose was being dragged into the river and she leaped and grasped the stem, the thorn pricked her palm and it began to bleed. As soon as the thorn pricked her hand she was sitting back on earth again, where the sky danced with the sun as the sunset spread out its mellow shades.

She was back on her Earth! And oh the joy she felt. The rose was still in her hand. As she watched the sun drown, she caressed the gentle rose in her palm; its frail stem and cool leaves. Calla realized, “Everything may not look pretty, but it’s up to us to make it feel beautiful.”