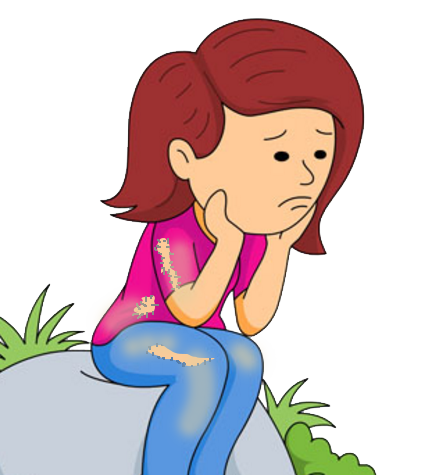 “Reminiscence...” is one of the outstanding stories of the first biannual International Short Story Contest 2017 written by Aarya Butolia, India.

‘What a beautiful sight thought Alina!’

‘Here she was standing on the dais receiving the scholarship award of Rs.10,00,000 from the President of India.’

And all of a sudden, she woke up. It was a dream.

How she wished life would change!

Alina was a poor orphan who earned a living begging on the road. She was a kind hearted twelve-year-old.

One day while begging on the road, she was repeatedly refused alms by people. As she sighed dejectedly, she came across a man who always snatched food and money for himself from others.

She approached him and asked whether she could get some food. He didn’t give her anything but instead hit her on her head and said, "Little girl, you won’t be able to live this way. See me, I have put this shabby wig, bandages and stickers displaying cuts and travelled all the way to fool people.”

"But I will not steal away things from people wearing a disguise. I will never do that even if I have to die of hunger,” said Alina.

Suddenly, a purse was dropped from a passing car. The greedy thief picked it and found a phone and a bundle of notes inside. He threw the sim card, pocketed the rest of the things in the purse, and went away.

Alina took the sim card. She took it to a person known to her, and told him the story. She said, “Uncle, I would like to give this card back to the owner.”

Soon, the owner of the purse met Alina. "My name is Alina and a man took your purse, throwing the sim card so I picked it and asked this uncle for help,” Alina said.

"But what is the name of that man?”

"I don’t know, he takes away food and money in disguise.”

"So I’ll take you there to spot that man right away.”

Jason got into his car along with Alina and drove to where the man was. On seeing Alina with the man he robbed, the thief trembled and tried to run away. He was no match for Jason who punched him and asked whether he had committed the crime. Alina ran to that man and pulled off the wig, the stickers and the bandages.

He then informed the police. Jason offered to take care of Alina but she refused. She lived in an orphanage built by Mr. Jason serving other poor and orphaned people like herself.