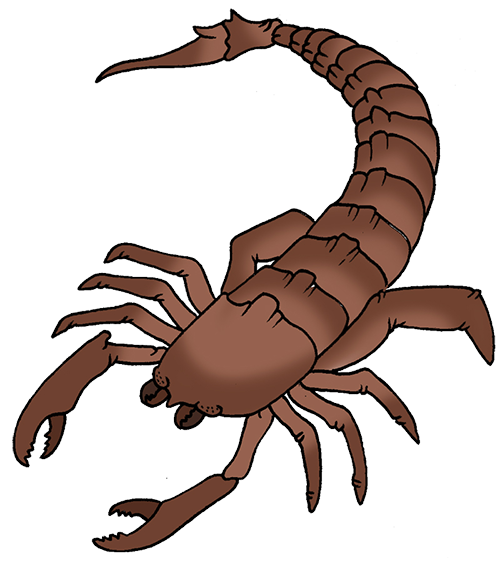 “Outsider” is one of the outstanding stories of the first biannual International Short Story Contest 2017 written by Brian Nkadi, The Netherlands.

Crashing through the Ego Forest, an arrow flew into Hylan's shoulder. To save his life, he had to reach the cave. The Blue Tribe was getting closer. He was nearly there. But his legs gave up. Meters away from the cave mouth, Hylan fell. He blacked out. Distant memories passed by him: the murder of his parents, the destruction of the Green Tribe. Getting kicked out. Becoming an outsider.

His shoulder was stinging. Hylan's caramel eyes sprang open to see stone above him. He had made it. The familiar black pincer next to his face confirmed his thoughts. Kadjara had saved him. The King Scorpion lashed his tail about, then used his stinger to scratch something into the wall. 'I rescued you.'

"Thanks," Hylan replied. Kadjara was the only friend that he had. Others feared The King Scorpion, but they had a special bond. 'More nectar?' said another message on the wall. Hylan nodded weakly. The golden liquid trickled into his mouth. He sat up, instantly feeling better. His shoulder had been cleaned and wrapped, but The King Scorpion looked like a porcupine, arrows embedded in his obsidian plate-like shells. Then without any warning, Kadjara struck out, impaling a giant boar with his stinger. Hylan watched in amazement as he took the boar apart, roasted it, and have a chunk to Hylan. He devoured it piece by piece.

Another message appeared on the wall. 'We need to leave. Carry that backpack on the ledge, and then get on me.' The boy did as he was told. Soon they were out in the storm, thunder crashing around them. Hylan saw a dead Red Tribesman. Anger bubbled inside, the feeling being shared with Kadjara. Both of their parents had been murdered by the Red Tribe during the Kuftu War; the war that decided the fate of the lesser tribes. They stopped. Hylan picked up the dead man's sword. He had recently been killed. This was it. However dangerous it was, it had to be done. Hylan was going to take down the Red Tribe. Slowly, he climbed back onto Kadjara. Because the Red Tribe had taken everything from them, they would deliver the favour back. He blew his hair out of his face. Pincers at the ready, Kadjara turned, and then began ambling towards the red tribe’s location.

CRASH! The wooden gates of the Red Tribe exploded into sawdust, and when it settled, the gates were nothing but a pile of dust. Men screamed and ran out of the way, Kadjara's very presence scaring them witless. His pincers snapped, Hylan's sword swung in a deadly arc. Suddenly something exploded and fire engulfed their little huts. The Red Tribesmen surrounded them, they were trapped. Kadjara began to bend down his tail onto his back, and picked Hylan up. Hylan knew what Kadjara wanted to do; they had brought a detonator with them. Kadjara wanted to sacrifice himself and spare Hylan. "No!" He screamed and pounded on The King Scorpion with his fists. But nothing could change Kadjara's mind. As he was thrown, he heard a deafening shrill scream. The explosion that finished off the Red Tribe was, beautiful, in a way. Tears drowned Hylan's face and as he hit the water.

A shining white light woke Hylan. He stood up, looking around. The sight he saw made him implode with joy; it was Kadjara's spirit! But then something red and black caught his eye too. Death was coming for him, he wasn’t spared either.