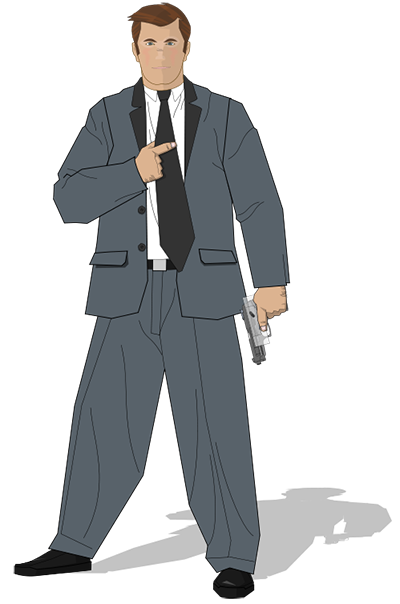 “Operation Snatch” is one of the outstanding stories of the first biannual International Short Story Contest 2017 written by Srijani Guha, India.

The water was very cold; I took a deep breath and jumped in. There was no other option. I had to give the information to the Narcotics Bureau. The water felt like needles stinging my flesh. I kept moving my arms, I had to get to the other side; I could not allow more people to be drawn into the deadly network of drugs.

I was working undercover for the Narcotics Bureau. I had been picked up as a courier boy to deliver drugs to the various customers around the city. That had been six months ago. The drug cartel was a huge network and through my hard work I had managed to keep moving up the ranks of the cartel. I had worked cautiously and managed to keep suspicion off me. I befriended my immediate superiors and they recommended me to the chief.

The day came when I was to meet the brains behind the entire operation. We met and I became one of his trusted aides but even then I did not know the location of the factory.

Finally I was being taken to the factory. I was elated. I had achieved my purpose and would soon be able to go back to a normal life. Little did I know that it was going to get worse. I reached the factory which was disguised as a farm on the outskirts of the city. I memorized the plate numbers of the cars parked there. I don't know how but they became suspicious of me, I was placed under surveillance, I could feel it. I was being watched, where I went, whom I talked to, everything was being reported. I could not reach my superiors, so I contacted the only person available - the reserve who was kept specifically for this purpose. I think it was a mistake, for soon after- the cartel hoodlums arrived at my door. I grabbed the information packet and after a scuffle managed to take off running. It was early winter but on reaching the river all of it was forgotten. I was a state champion in swimming and there was no chance the hoodlums for hire were better than me.

On reaching the banks I pulled myself up. I checked the packet without which everything would be futile. It was safe. My body was numb cold and it was a wonder I was still conscious. Reaching the headquarters I pushed past the guards and reached the office of my mentor. I rushed in and handed him the packet. He read the papers and immediately issued orders for ‘Operation Snatch’ to commence. I was swaddled in blankets and given dry clothes and some warm tea to drink.

After I was feeling better my senior came to me. 'I need your help. Are you up to it?’ He asked.

I nodded my assent. 'It will take a lot of time for someone else to get acquainted with this case. And time is something we don't have. I want you to coordinate and direct this operation.'

I met the task force and discussed the situation with them. 'We will have to get them together. If there is a single glitch they will run and we will never be able to capture the leader', I said. Several small groups of policemen were sent to the distribution centers to catch the smaller fish. A larger force with me in the lead would go to the farm. The operation would begin at the stroke of 12.

The farm smelled of cow dung and it was absolutely silent. We scouted around and methodically blocked all the exits. But something was nagging at the back of my mind, something was not right. I looked around and nothing seemed amiss, but the feeling was still there. I asked for a situation report, all teams confirmed that they were in position and awaiting my orders. It was a quarter to twelve. Fifteen minutes to go. Twelve o'clock, a lone silhouette caught my attention, he had something in his hand, I raised my service revolver and zeroed in on his head 'Take them out', I said into my throat mike before firing the bullet.

No one in the network escaped. The cartel leader was arrested from a small outhouse near the bungalow while trying to escape through a trap door. Four hundred kilograms of heroin was seized from the farm along with several other drugs. It was one of the biggest seizures in the state.

The society would be safe from the onslaught of drugs, at least for some time.