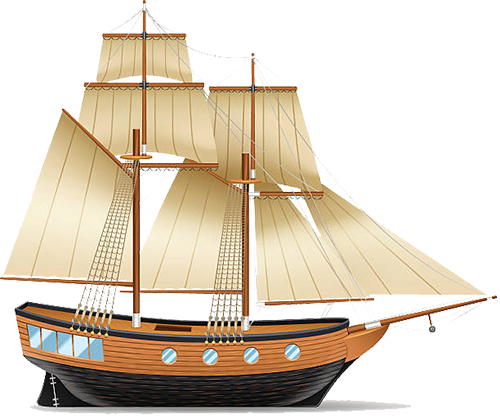 “Never Ending Adventures” is one of the outstanding stories of the first biannual International Short Story Contest 2017 written by Berk Astam, The Netherlands.

Strolling swiftly through the caramel street in the bazar, Palny with his black jacket and trainers couldn't wait for the huge discount happening, until he found an unusual object getting sold for £1. Palny widened his eyes and described it," double decks, sixty sorrow model sailors, reinforced rudder, hollow hull and three masts! “Palny was out of breath,"£, great deal" interrupted a man with yellow facial hair, he leaned on the ship touching it, like putting something in it. Palny muttered "umm, I... already bought this ship.

The man was furious and walked away, pushing past Palny, but he got lost in the massive crowd of people, the shop keeper shouted, "Take care of that ship, it's a special one! Just saying, be careful!” Palny thought: special? Need to find out...

Carefully, Palny placed the cheap antique on his adventure desk, rushing to observe it. He opened the windows to let some air in,

He found it, as he leaned on the table to get a better look at his ship his black curls danced as the wind rapidly filled the apartment room.

Suddenly a pigeon headed straight into the window, allowing the bird to go into the apartment. The pigeon kept on flying and chirping until it hit the pale, concrete wall and the poor animal fell on the Palny’s cat, waking it up. The two animals started fighting and scattering everything in the room until they fell on the model ship, knocking it over-one of the ship's mast broke," Look what you've done!” scolded Palny. But of course his cat ignored him, lying on her blanket again, closing her eyes.

A little metal tube had fallen out of the broken mast; it had a letter in it with instructions to go to the library in the morning, Paragon Town. Palny thought it was a great opportunity to research about the ship.

The next morning he prepared to go all the way to Paragon Town (5 km away)and as there were no taxi service available he walked by foot to the location. Finally reaching the library, Palny stopped to catch his breath, he whispered, “I am certainly not walking so far again" He entered.

"Good morning,” said the manager, ringing the bell on the desk.

"Can you guide me to the history section, please?" Palny continued.

"Thank you!" Palny said as he headed towards the top left corner of the library.

Palny skimmed through books until he could find the picture of the ship he had in his apartment. As he found it he read the page in his head. Suddenly someone put a plastic bag over Palny's head , so he couldn't see, he was kidnapped! The stranger grabbed Palny's book and whacked the thick encyclopedia on his head, knocking him out.

Palny's stomach was aching from how seasick he was. He looked around and realized that he was in a dark, gloomy cellar used to store cargo, “Where am I?" Palny murmured.

The door opened, it made a wild creek, and someone came in, it was a man with yellow facial hair... He saw his broken ship in the man’s hand, this adventure was just beginning.