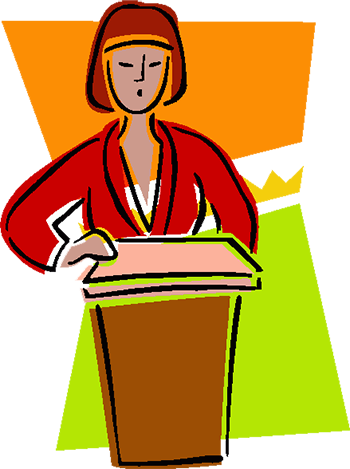 “My Secret Life” is one of the outstanding stories of the first biannual International Short Story Contest 2017 written by Adeena Kamran, Saudi Arabia.

It was Monday morning and my alarm rang. I did not live in a big house but a small apartment with only two rooms. It was ok. I changed my clothes to a beautiful red dress. I told my mom about how I was chosen to give a speech by the Deputy Superintendent of Police (DSP) to some prison as a part of their rehabilitation. I did not like public speaking but he had especially requested me to do it so I headed out, but before entering the jail, I transformed into “Starlight”.

I always thought I was special because I was able to open people’s hearts toward good just by talking to them. As I reached the jail it was so dark and I saw kids of various ages between 13 and 19. I asked what possible crime could they have committed to deserve this as they were so young. The DSP told me that there were thieves and even murderers amongst these kids. I was shocked to hear this but what really disappointed me was they had such dark and empty lifeless cells to live in with so much negative energy. Although they were charged with crime, they were still kids and needed positive energies and healthy vibrant surroundings. I urged the police to provide these kids with a good environment to make their rehabilitation a success. I said, “You want them to be positive and you expect they will turn good, but on the other hand, being locked in a dark and dirty, lifeless and monotonic cell environment - how is it possible? They weren’t born criminals and maybe some event in their lives made them take the law into their own hands and commit a crime.”

The DSP was very kind and generous and promised me that they will look into this problem and solve it as soon as possible.

I was led into a big hall where all the kids were properly seated. I was shocked to see that none of the Kids recognized me. There I was standing, “STARLIGHT”, a superheroine, in person, and yet no one seemed to recognize me in the audience of more than 50 people. I was not used to this reception. I was puzzled. Then I realized that these kids were completely shut off from the outside world and they had no information about current affairs and events in the world. So, obviously they were not interested in listening to my advice. A strange kind of boredom settled in the room.

Just then, I had a brilliant Idea. I would tell them my life story. How I began life as any other normal school girl.

I began with the first day of my new school. My age was about ten years and I was so excited to see my new school and make friends. To make sure that I made a good first impression, I baked a fresh batch of delicious choc mint cookies with the help of my mom.

But something happened on the very same day as I was walking to school. I saw an old man who was having trouble walking across the street so I decided to help him. He was very thankful to me for this act of kindness. While I was helping him, he snuck something in my bag but I did not realize it at that moment.

As I kept going on with my story, I saw a special kind of perk rise inside the audience. The boredom was slowly turning into interest and that’s when I saw the prisoners still had innocence in them. They were listening to my story with the curiosity of a child.

Anyway, I entered Bill Elementary school, our first class began. I took permission from the teacher and started distributing my cookies. A girl named Judy got jealous and knocked the cookies over. I realized that Judy was the class bully and since she was jealous, she would do anything to make my life miserable. I had baked extra cookies which were in my bag and I was able to serve everyone my cookies. Another girl, named Olivia, who was sitting next to me told me she loved the cookies and soon we both became best friends.

Later that evening at home while I was taking out my books I saw an interesting looking box. I was curious so I opened it. There were two beautiful earrings inside. As I wore them, a creature known as a Kwami came out. Her name was Kitty and she told me all about herself - how she had been alive for millions of years and that she loved cookies and also that I was the chosen one and that my super hero name was Starlight. She said I would protect the world from something horrible but she did not tell me what it was. She said you will know when the time is right. She also said she feared that if she told me she would put the world in danger which to me did not make sense. I also came to know that I had a partner named Black Cat who was extremely curious of my identity.

Once Black Cat and I had to face a villain named Wang Fu but I found out he was going to kill my classmate Judy. Although Judy tried to bully me every day in school, I had to help her in her moment of need. I found her tied to a chair with a big bomb attached to her jacket. I saved her with my magical powers.

At school, Judy started talking about how Starlight had saved her and she stopped being a bully after talking to Starlight and knowing how forces of good prevail and forces of evil lose. I sometimes worried that someone might find out that I was Starlight.

After a few weeks, we heard that there was an alien invasion and aliens were abducting humans slowly. Finally, one day after School, I saw a person dressed in a black suit from head to toe, who was acting very strangely. I could not see any part of him, even the eyes were hidden behind a mask. I got suspicions so I followed him and saw that he had gone into an abandoned old house. I thought if I called Black Cat, she could help me search for the man inside the house. So I transformed and called her. Fortunately, she was close by and was on her way. As soon as she came, we split up and searched each side of the house but by the time I found out where the aliens were hiding, Black Cat was already captured and many other people including Olivia, my best friend were in their captivity.

I felt very scared and alone as there was no one to help me at that moment, but then I remembered my grandmother’s words. She always used to say that there is no evil in the universe which can defeat the power of good and righteousness and so long as you are true to your cause of good, you will win.

Remembering these words gave me a lot of courage and I saw that there was one alien with guards, who was giving instructions to others. I thought that maybe he was their leader or commander. So, at the right moment, I jumped out of my hiding spot near this Alien and unleashed my Superpower on him. He was knocked out cold and all the aliens surrendered, promised to leave and never come back. I told them if they ever tried to return, Heroes and Heroines of Earth will not stop until their complete destruction. Finally I met up with Black Cat and everyone surrounded us. They were all cheering and taking our names and celebrating liberation of Earth from the clutches of Evil Aliens.

Finally, I went home and after sneaking into my own home I realized that it wasn’t my superpowers that gave me confidence or made me special. My confidence came from knowing my family and friends who were there for me even if they did not know I was a top-secret superhero. And what makes me special is my own personality that separates me from all the world, and that’s how I lead my double life as a normal girl and a hero. But everyone is a hero in their own way. You do not have to have superpowers or be able to save the earth; it’s your ability to help other people. My mother always tells me that the good inside you is your actual superpower and everyone has a superhero inside them they just need to identify. Now I know my mother was right all along.

As I finished my story, I saw a room of people full of hope, brimming with positive energy and eager to follow the path of righteousness. I smiled as I had succeeded in lighting the candle of hope in a place where there was none.