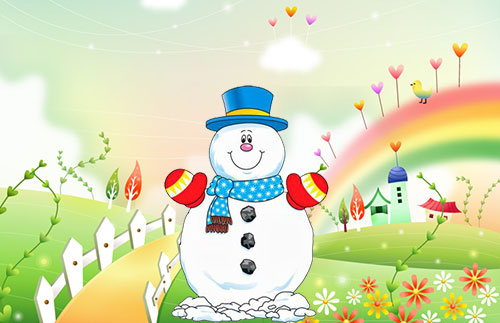 “My Dream of Pluto” is one of the outstanding stories of the first biannual International Short Story Contest 2017 written by Samyuktha C R, India.

My Dream of Pluto

I slept in India and woke up in Pluto. When I woke up I realized that I was not at home anymore, I was lying on a bed surrounded by little dwarfs like when snow-white woke up. I was scared but I felt better when they treated me well and gave me good food. Then I remembered my family and I asked the dwarfs to take me back to them. The dwarfs asked me to sleep in the same place where I woke up and to think only of my family. But I slept off thinking about a beautiful land.

When I opened my eyes this time I was lying on grass and around me I saw a rainbow, many flowers, birds and colourful things. I loved this place; I stood up and started searching for a house. I looked everywhere, but could only find colourful things. Suddenly a big wall appeared in front of me. When I touched it the wall became invisible. I saw a small puzzle block on the grass, it was so colourful. I started digging in the spot and found a multi coloured key in the ground. I touched the wall with the key and a door creaked open.

I slowly went inside and to my surprise I saw a beautiful snow castle. I saw a throne and on it was a big furry jacket. A snowman stood near the throne and he waved to me, he was asking me to sit in the throne. I didn’t want to but he forced me and so I sat on the throne. Now he asked me to touch one of the four buttons, and I asked him,

He said “The ones in front of you”.

I could not see anything in front of me and then it appeared, blinking buttons in front of me. I thought it was something dangerous but the snowman reassured me. So, I touched the blue button on the throne. Suddenly everything in front of me, including the snowman, became invisible. I didn’t mean to do that. But that’s what happened, it was like magic. I didn’t know what to do. I saw a big colourful snowman. He claimed to be the same snowman. I didn’t believe him. But with a turn of his body he became the same snowman as he was before.

He asked me, “What would you like to do now”.

And I replied that I want to go back to my family. He asked me to close my eyes and think only about my family. I imagined that my dear family was right in front of me and I opened my eyes; I was back in my room. It was such a magical day, I saw a small chain in front of me. I took it in my hands and on it were the words, ‘Whenever you feel like coming to the dreamland, you are welcome to join us’.