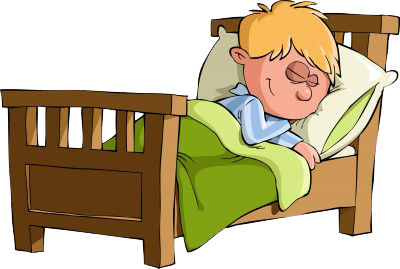 “Kidnapped” is one of the outstanding stories of the first biannual International Short Story Contest 2017 written by Mahum Nadeem, The Netherlands.

Gleaming sunshine permeated James’ room. As he opened his eyes, he was as dull as a lifeless body. His mom shouted:

“Where are you James? Come down immediately!!!”

James sighed and went down. When he glanced at the eggs on his plate, he made a disgusting face, he hated it.

James was so cross, that he threw his plate away. “YOU ARE DRIVING ME CRAZY, JAMES! GO TO YOUR ROOM! NO BREAKFAST FOR YOU!” his mom screamed madly. Her face was red, and was blowing up like a volcano.

“FINE! I am going”, James shouted. And he went to his room, stomping his feet like a big angry elephant. When he lay on his bed, all lights were shut down and darkness filled the house.

James was so panicked. He could feel perspiration on his face. Rather than standing in the room, he should go down but instead he clamoured: “Mom! Dad! Are you here?!” A deathly silence possessed the house. He called again: “Mom? Dad?”

Surprisingly, he saw the TV was switched on; the breakfast was still on the table. He saw a note. He picked it up and read: “James, I have kidnapped your parents. If you will come to find me, you will have many painful accidents. So be careful”

James didn’t know the reason why his parents had been kidnapped, but he was going to find them. James started to walk. He walked to the woods. Not a single sound. Just his footsteps. Black clouds covered the sky. It started raining heavily, the wind howled. He had no food and no water. He was hungry as a lion. He took some rest under the cold shadow of trees.

Suddenly a man slowly came to James and caught him. James tried to escape. He kicked the man. The man groaned in pain. James took advantage of the situation and escaped as quickly as he could. After some time he saw a huge castle in front of him. James took every step carefully and nervously. But, when he took a step forward, he got stuck in a rope and was caught by a net. He had a pair of scissors; he cut the net and went inside the castle. Inside the castle he saw his mum and dad tied up. Almost immediately, the villain appeared. He said:

“If you need your parents back, you need to fight me!!!”

He showed his confidence; He was given a sharp, shiny sword to fight. James was so panicking, because he had never fought a battle like this before. Soon, James felt confidence in himself. He was now ready to fight. He ran towards the villain and kicked him angrily. Next, he punched the villain and threw him on the thorn bushes. The villain gave up and was injured very badly.

James was so happy. He defeated the villain so easily. He ran towards his mum and dad, he untied the ropes.

James’ parents were very proud of him and they lived happily ever after.

So remember, never disobey your parents.