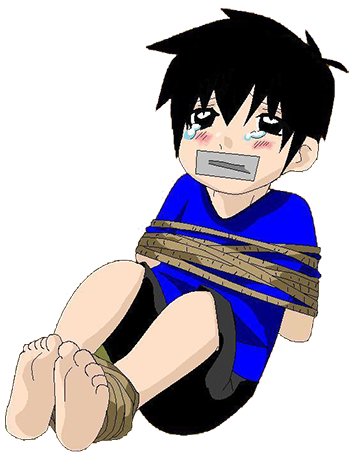 “Kidnapped” is one of the outstanding stories of the first biannual International Short Story Contest 2017 written by Alfred Webb, The Netherlands.

Scrambling and grasping, the boy was wrenched out of his cozy bed. He could feel the powerful arms clasped like clamps around his weakening body. Whilst torrential rain pounded his bruised face, Jim was yanked down a marshy hill towards a decaying vehicle. Rasping with rust, the door creaked open. Forcing him in, Jim’s kidnappers slammed the door and as the engine reverberated through the vehicle, Jim realized that there was no escape.

Warm beads of sweat trickled down Tom’s face as he sat upright with a bolt. An owl hooted outside his dormitory. Looking for comfort, he turned to look at his twin brother Jim. Tom realized what he had dreamt about: Jim had been kidnapped.

Devoured by a torrent of lamentation, Tom edged off his bed, ever fearful of what might be lurking in the shadows. He felt his clammy hair wet on his head. Tom had two choices: either to stay and cower in his own terror, or go and find his brother.

He pulled on his blue Nike trainers, crept down the decrepit stairway, and tip-toed out into the coal like night. Tom glanced back at the historic building and was instantly met with a feeling of utter loneliness. Before he entered the forlorn forest a cracking thunder bolt erupted from the black clouds. But Tom carried on – step by step – desperate to find his brother.

Briskly, Tom trundled down a marshy hill. The wind relentlessly battered his exasperated face. Just as ruthless sheets of rain began to pour down on him, Tom entered the timberland. A shadowy figure snaked among the trees. A rustling. Tom turned, and ran. Ran like he never had. He hurdled over thickets and stumbled through raging rivers. He only stopped when he reached the graveyard.

Mud caked Tom’s grief stricken face, yet he silently padded across the field of death. Riddled with frostbite, Tom could only manage a tired limp. He ran his bespattered hands through the grubby blonde mess that was his hair. How he wanted his bed again.

As Tom neared the place in his dream, he quickened his pace; eager to get to his destination. The graves stood like soldiers in no man’s land. Tom was relieved to breathe the fresh morning air; it was a reviver and helped to keep him going.

The rain had almost stopped, but a darkening overcast now masked the graveyard. Tom crept up a muddy hill. He could hear his brother wailing for help in the derelict castle which loomed ominous above him.

Tom - overwhelmed by fear – stalked through the mouth of the neglected fortifications. He caught a glimpse of his brother. Jim was bound to an oak post with ropes as thick as his legs. Shadows flitted around the turrets which encircled the courtyard. Edgily, Tom stepped towards his brother. He groped inside his tattered pockets for his Swiss Army knife. It was not there. Tom would have to untie the knots himself.

Already bleeding, Tom’s hands struggled over the ropes. Because Jim was at last quiet the guards began to become suspicious. Why is he suddenly quiet? They started to think. At last Tom untied the knots, but it was too late; the guards were onto them.

The twins hared out of the courtyard. An alarm bell broke the serenity of the night. The boys could hear pounding footsteps hot on their tail and even though they had a head start, they knew that they were no match for their evil kidnappers who followed like hounds on a scent.

Despite the knowing that they would get caught, the boys continued running, all the time trying to get as much oxygen as possible; however, this fox hunt did not stop.

Splashing through puddles, the kidnappers shouted aggressively: “Stop!” Yet the boys struggled on. Precipitation spanked the sullen landscape while the chase entered the forest. As if struck by lightning the boys were on the ground; they had tripped over a tree root.

They tried to stand, but their muscles were spent. Barbaric voices rang around the woodland. Like skyscrapers the sentries towered above the two boys. Strong cold arms reached around the soft warm throats of the twins. They slowly drifted away…