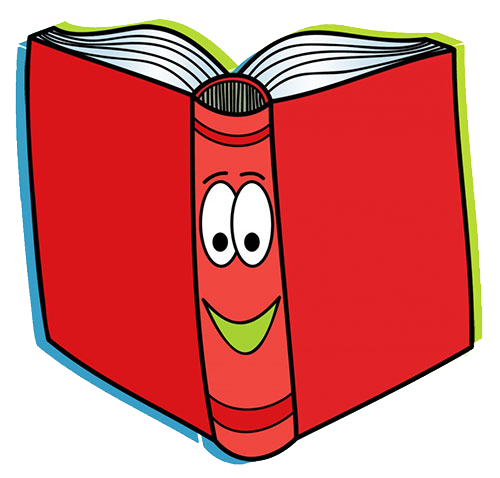 “Journey to the Land of Books” is one of the outstanding stories of the first biannual International Short Story Contest 2017 written by Anika Singh, India.

Journey to the Land of Books

It was yet another dreadful morning for Mrs. Bedingfield in the ‘Bedingfield Mansion’, to run around after Michael, to get him ready for school. Michael was their only child. He hated learning or comprehending anything for knowledge or to enjoy and pass time. This was quiet evident, if looked into Michael’s bag they would also feel pity for those crumpled and stuffed books kept inside like some garbage in the local dump.

His parents and teachers were all sick and tired of preaching him to read, understand, study and moreover have respect for books. His teachers and parents would always tell him, “Michael, you need to study so that you become a good man in the future. You need to respect books and they will give you respect in return.” But Michael never listened and he would always respond with a sarcastic “yeah sure” or the groan and rolling of his eyes.

His parents and friends persistently tried to make him start reading by gifting him comics and short stories on his birthdays. But in vain, those books too were catching dust kept in his book rack- idle and untouched for years and probably many more years to come.

Well, what Michael didn’t know that what his parents told him about books having life and also feeling gloomy was actually right and not a myth to make him read. So every night Michael’s books came to life.

One night his books had a meeting on the subject of how they were treated faultily and how they truly needed to tell Michael their significance. The oldest book among the group whose name was Robert, led the meeting and the younger ones gave initiatives on how they could teach Michael a lesson. One got up and said,

“We can haunt him in his dreams and he’ll get frightened and he might start regarding us and learn a lesson.”

Robert got up and objected in his husky voice and said, “We cannot do this as it is against one of our laws to create panic in the owner in any manner.”

Another new book got up and suggested, “We can go away and get lost which might make him realize that we don’t want him to treat us this way.”

Robert rejected this plan as well as he said, “We cannot do this also as we cannot leave the owner until the owners wish to abandon us.”

Finally a book that was sitting in the corner of the room and was silent all this while spoke up and said, “Why don’t we bring him to our land and educate him on our worth”. Robert pondered on this idea and finally agreed. Robert ended the meeting and all the books went to snooze as they had a tough job ahead of them the next day.

The next morning after getting ready Michael left the house under the trance of the books which they put on him while he was sleeping. His hypnotized body kept walking till he reached a marvelous house made of books, comics and newspapers. The books made the roof and chimney, the comics made the walls and the newspapers made the door and the walkway. He opened the door and fell into a portal which took him to a wondrous land of books. He was enthusiastically greeted by the king of books and his courtiers.

The queen asked Michael, “Tell me Michael how you define us- books?”

Michael replied, “I believe that books are nothing but a bunch of pages bond together with nothing interesting to read. Books are only meant for geeks.” On hearing this, the queen ran back to the palace bawling like a baby. The king and his courtiers told Michael to come with them to see their gorgeous land.

On the way Michael heard loud and shrill voices, he asked, “Where are these voices coming from? Is anyone hurt?” The king hung his head and miserably said,

“These weeping voices are coming from the hospital behind that bush. There, the books which you kept ignoring and rutted in your bag are having surgeries as they have got multiple fractures and muscle tears. They are getting themselves treated with the hope that you will eventually treat them better”

Michael hung his head in shame and thought about his behavior. A little while later he saw a beggar, a sweeper and some underprivileged folks who were discussing on how they should’ve gotten education when they had the time and they wouldn’t be in such a state. Michael was shocked on seeing this and imagined him in this form in his future and he felt a lump in his throat. Near a waterfall Michael saw doctors, engineers, scientists and businessmen who came to him and said,

“We studied, respected books and became what we are today.” Till the end of the tour Michael had tears in his eyes and he promised with a trembling tone,

“I promise that from now on I will study well, do hard work, respect all of you and also make my parents proud.”

The books were overjoyed to hear that their mission was a success and they bid him farewell and let him go. He was released from the trance and he found himself outside the book house. When he blinked Michael could neither find the house of books nor the books that spoke to him. He instantly turned around and ran back home. He ate lunch and dashed straight to his room.

Michael cleaned his books and set them straight and tidy. Then, he arranged the books kept in his bag in a proper manner and even cleaned his room. From then onwards he studied hard and received good grades. His teachers and parents were extremely proud of him and his change in attitude. He also started reading one book per week and he was surprised on why he hadn’t read books earlier as he enjoyed them so much. Time flew and Michael was soon a well-known scientist.

One day in an interview, on being asked his key to success he replied, “I would only like to say - study well, read books of all genres and most important respect books as books return the respect you give them. They have the ability to change and make you into a better man.”