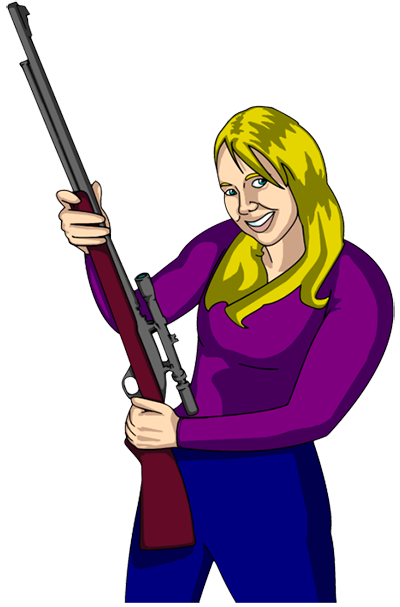 “Ignorance” is one of the outstanding stories of the first biannual International Short Story Contest 2017 written by Sadhika Alampally, India.

I walk up the dark creaking steps of the tower to the terrace. As I edge towards the shiny glass rails of the roof, I think of all the people I've killed, all the crimes I've committed, all the trouble I've caused.

I look down from my 100 story tower, at all the activity happening down below. The air is musty and hazy with smoke, and there is a feeling of dreariness and sadness in the air. There are dead, blood soaked bodies lying everywhere, and horror-stricken people running around in rags covered with dirt, grime and blood stains. I can hear the pained shouts and cries of the people everywhere, and the shrill squeal of ambulances picking up the injured. The sun is blood red, spreading a poisonous scarlet shade throughout the sky. Buildings are crumbling and falling everywhere and there is no sign of nature anywhere. I close my eyes and think of how this place used to be about hardly a few years ago. Colorful towers and houses crowded around every corner. Lush greenery and flowers blooming brightly everywhere, huge lakes and rivers sparkling with deep turquoise water. People traveling from place to place on their cycles, happily chatting and laughing, without a care in the world. Not thinking about anything that might be happening outside there little piece of paradise, not thinking of the possibility of their safe world coming to an end. I open my eyes, the present state of this place flooding my vision. I smile slightly at the amount of difference that can be caused to a place by just one person, in this case, me. I slip my hand into my pocket until I feel the cool metal of my gun. I stand at the edge of the terrace, my back against the glass railing, and press the muzzle to my temple. My work in this world is done. I have no purpose to live now. I pull the trigger, and with a small smile, I release it.

The Smith family was a normal happy family that lived in the Vareto microcosm. They fit in the Vareto perfectly; The Smiths were kind and simple minded, and so carefree and ignorant, which suited the light, happy atmosphere of the Vareto. They were very well known in their section of the Vareto, the Otium. They set up charities and orphanages everywhere, and had a very good reputation in public.

But that was all only until Zero Smith, daughter of Carla and Jordan Smith, was born into the family. This was big news, as a girl hadn't been born in the Smith family for about a century. When the parents were asked why they chose to name their daughter such a peculiar name, 'Zero', Carla replied, saying that she had apparently had a dream the night before Zero's birth. Carla stated that in the dream, there had been a voice of some sort, which had been telling her to name her daughter Zero. Carla figured that the voice told her to name the baby Zero, because Zero would have zero troubles, zero pain and zero suffering, which is why she went with the name. Zero was born under the bright moonlight. She had the same basic features as all the Smiths; auburn hair and pale skin, but no freckles like the rest of them. Everyone expected her to have a shade of brown eyes, like every other Smith, but when she opened her tiny eyes, everyone was shocked. Her eyes held an array of colors. One second, it looked like a piercing gray with hints of gold, and when you glanced back, they looked like a swirl of dark blues and greens. Even the gullible, innocent citizens of the Otium knew that this child, Zero, was going to be different.

As a baby, Zero was very quiet, and perceptive, and rarely laughed or socialized with others. At the age of 8, she assembled what she called a 'gun', which had the ability to kill people. Up until Zero invented the gun, everyone thought the only way one could die was due to old age. But the day Zero invented the gun, she wanted to test it on someone to see how much damage it caused. Unfortunately, the test subject she chose was her father.

Of course, the gun shot killed him. Zero wasn't the least bit sad or guilty. When asked furiously by her devastated family members why she did this horrible murder, she just shrugged and said that she didn't find anything wrong with killing people, as everyone died eventually anyways.

The whole of the Vareto got to know of this surprising event, but being the kind of people they were, they didn't press any charges on Zero; they had never had such a situation before, so in hope that this wouldn't happen again, they just let Zero go.

This was their mistake.

As Zero got older, she became increasingly cunning and dangerous. She started manipulating people into doing bad jobs for her, like killing people and stealing valuables from others. She never got in trouble, but got the people she used for her plans in trouble. At the beginning, these people were given simple punishments, like cleaning the streets for a week. But as the crimes and murders slowly increased, even the simple people of the Vareto started developing into more serious and strict people, and started punishing people by locking them in rooms for a specific period of time, depending on how bad their crime was. The murderers even started getting executed by the members of the Vareto when this killing started becoming very constant. And of course, no one ever blamed 'poor, innocent little' Zero, who sat behind calmly, watching the ones she manipulated being punished or executed. No one listened to the criminals, who kept telling everyone that it was Zero behind these crimes; everyone had forgotten about Zero murdering her father all those years ago.

But the real game started when Zero was 19. She started working in her room all day and night for months and eventually created many high tech weapons and gadgets. She started deceiving people and making them her minions. They formed a secret organization called the number society and started making plans to destroy and take over not just the Otium, but the entire Vareto microcosm.

Eventually, her army was in full form, and war raged over the Vareto. Well, you couldn't exactly call it a war, as the people of Vareto could barely defend themselves because of their lack of expectation for anything this bad to happen. And one by one, the members of this microcosm fell in front of Zero's malicious eyes.

Just like that, this happy, vulnerable society was destroyed. That brings us to the present:

As Zero fell slowly from the tower, the survivors gasped and looked up. For a second, they were just in shock. Why would Zero just kill herself? They thought. Zero landed with a thud on the cracked sidewalk. Everyone who was in condition to stand rushed towards her body, and one of them checked to see if he could feel her pulse.

He couldn't feel it.

The fact that Zero, the diabolical, black hearted villain was dead took a while to comprehend. People didn't know whether to be relieved or eternally traumatized. But, as the survivors exchanged looks, they realized that it was not actually over; Zero showed them the worst, darkest traits of a human. But now, they realized that sometimes, being nice and simple like they were was not the best way to go; it is good to be kind, but soon, one starts to realize that being aware and alert is the best form of kindness to one's self and others. Before Zero's wrath, everyone used to take one look at each other's smiles and friendliness and trust each other wholeheartedly. But after seeing Zero, an example of how bad a human can be, these people realized that it is never ever good to be ignorant. Ignorance is a form of cruelty in its own, twisted way.

As society started to rebuild again, there were a group of leaders that were picked, and a set of laws and punishments made. New technology was created, and people were sent out to discover what was beyond their plane of existence.

If Zero hadn't come, no developments would ever have been made. It would've been the same forever, in the same Vareto microcosm, as monotone as ever.