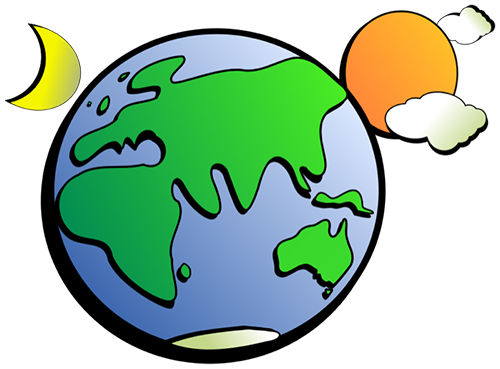 “How A Pull Changed The World” is one of the outstanding stories of the first biannual International Short Story Contest 2017 written by Proud Raksriaksorn, Thailand.

How A Pull Changed The World

Long ago, the Earth was a black planet. It hovered very still in the middle of space. It was the time of the cavepeople. People back then didn’t have any electricity, right? But, what the cavepeople didn’t know was that the world was about to change.

As the clan men were walking, they kicked something- hard. They lit a fire and discovered that it was an object made out of a shiny stuff. It was a solid object. Now, you can tell that this is something called metal but to the cavepeople, they didn’t know what metal was at the time so they gathered around it with curiosity. After a while of staring at this weird object, they decided to pull on it.

Once the ‘weird thing’ was pulled, the ground shook and began to split! You see, long ago, the land on earth was in one, whole piece with this ‘weird thing’ running from one end to the other. Only one great heave unzipped it into pieces! The zipper sped across the whole world, travelling at one thousand kilometres per hour.

Cavemen were split all over the world. But it didn’t stop there. The cavepeople were startled, so they let go of the ‘weird thing’. It shook the ground. The clan was tossed to the side of the Earth. Back then, the world was solid. It had one curved side so when one part of the surface was hit with such a powerful force, (technically twelve fully grown cavepeople and five children) the Earth opened out to space. It still didn’t stop there!

As the whole world shook, the Earth spun round and round, and when the Earth stopped spinning, they were part of a group of six ‘round thingys’ (As the cavepeople called them). There were now seven of these ‘round thingies’ orbiting a larger glowing ‘round thingy’, which we call the sun and the seven planets. The most peculiar thing that could’ve happened at the time happened. The brightest thing that the cavepeople had ever seen broke out from the East. It was the first dawn!

Soon the cavepeople named the objects. The ‘weird thingy’ turned into metal, and the ‘round thingys’ turned into planets. Now, I know that no matter where you look you won’t see any part of the zipper anymore, because all of this happened millions of years ago, the last of the zipper was buried away in a strong earthquake in Nepal, in 2015.