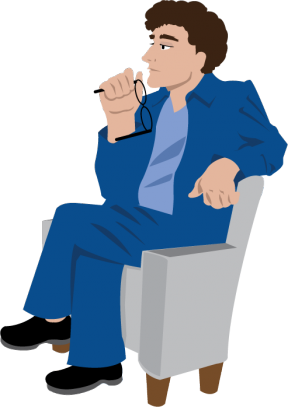 “Good things come to those who wait” is one of the outstanding stories of the first biannual International Short Story Contest 2017 written by Nida Naveed, Pakistan.

Good things come to those who wait

Once upon a time there were two friends; they were as poor as a church mouse. Both were studying in a college in their village. Shan was hard working. He gave importance to working hard and accomplishing his goals. He kept saying that hard work opened the door to success and that ‘Good things come to those who wait’.

The other boy was Usman; he was the total opposite of Shan. He was inconsiderate and negligent. He always wanted a shortcut in his life and didn’t believe in hard work. He was also short tempered and non rational.

The families of both the boys faced financial insecurities, so Shan decided to start working to feed his family. But, Usman wanted a white collar job. He told Shan that the work he was doing was undesirable. But Shan was just happy with his decision.

Days rolled on, Shan performed well at his job. Usman wanted to earn a lot of money and he wouldn’t listen to anybody else. Finally he got a job with a firm that made its income in unjust ways. When he started to work Usman made a promise to his family that he will give half of his pay to them, but his family refused to take his money because the way he was earning the money was not acceptable. Usman still didn’t felt guilty.

After a few months, they both got married and start living happy with their wives and children. Usman was earning a lot of money. His wife and children didn’t know about his job. His family thought that he was a hard working honest man. Usman loved his family a lot. His father and mother died after his marriage.

On the other hand, Shan became substandard but, he was earning legal money. His wife was good-natured, sympathetic and kind. Shan’s child was like him; a brilliant and hardworking boy like him. Shan and Usman didn’t meet each other after their marriage.

One fine day, Shan took his family to the park, the same day Usman also took his family to the park. Both families were sitting beside to each other but they didn’t realize it. When Shan turned around to look at his children playing he was shocked to see Usman. Both felt gratified to meet each other after a long time. Usman was worried as his job was not going well; Shan tried to correct Usman again. But, he still didn’t feel guilty.

After few days, the papers were filled with the news of a man who was caught playing fraud with black money. After hearing the news Shan felt so wretched that he left his house and went to meet Usman. Shan went to the jail and spoke to Usman, he was worried about his family.

“I am feeling very ashamed for my mistake, yes of course, good things come to those who wait, and you waited for good things Shan”, said Usman.

“Yes Usman, you are absolutely right, I waited but you didn’t” said Shan.

“Please help me Shan, please” said Usman. But Shan could do nothing.

MORAL: Good things come to those who wait.