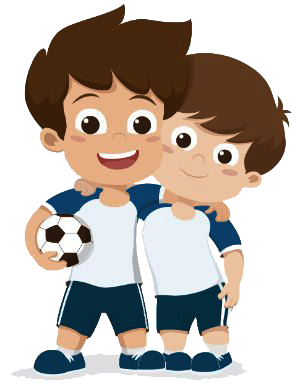 “Friendship” is one of the outstanding stories of the first biannual International Short Story Contest 2017 written by Emadul Islam, UAE.

Once there lived two friends named Harry and Jack. They were best friends. They were different in every way. Their friendship began because of their pet dogs. They both used to study at the same school, same class and even the same section. Harry always liked to play and be active. He was the type of person who always wanted to be outdoor. While Tom on the other hand liked to stay inside and paint, play chess and read books. They both were good in what they did but were totally different. Let me tell you all how their friendship actually started:

It was a beautiful day and it was the reopening of School. Harry and Tom had been very excited for their first day in high school. They got ready as quickly as possible. “I am leaving mum,” said Harry. “Ok bye, have a nice day dear”, said his mother. Even Jack had left his house when Harry did. Jack had quickly said bye to his mum and left. Both of their pet dogs had also left at the same time. Martha (Jack’s dog) had followed him and Nelson (Harry’s dog) had followed him too. They all met at the bus stop. The boys both were shocked to see each other’s pet following them. That is where Harry and Jack had actually met for the FIRST time. They both had looked at each other in a very pensive mood and wanted to ignore each other but at the end they introduced themselves and their pets. When their buses came both of them didn’t want to sit with each other, but sadly they had no choice but to sit with each other as all the others were taken. However they managed to ignore each other during the trip. Harry and Jack both took out books to read. Harry was reading a sports book and Jack was reading a book on General Knowledge. As they reached their school they met some of their friends and they played with them.

Neither Jack nor Harry knew what was going to happen to them. As soon as the bell rang the teacher came in to the class for marking the students’ attendance. Neither Jack nor Harry saw that both of them were in the same section. They realized that when the teacher had asked them to introduce themselves to the class. The teacher had then decided to arrange the seating of the class. Harry wanted to sit with Truman who was also sporty and Jack wanted to sit with Robert who was reading the exact same novel that he was reading. But alas the teacher decided that Jack and Harry should sit together which they didn’t like at all. They soon figured out that they had more differences and quarreled about why they had to be together even though they were different in all ways.

When it was time to go home they had to sit with each other and were still cross. But when they reached home they were shocked to see what had happened. THEY COULDN’T FIND THEIR PRECIOUS PET DOGS!! They looked all around for them. “Martha, Martha Where are you, you little girl,” cried Jack. “Oh Nelson, Nelson, Where are you, Oh come back,” cried Harry. They looked all around for them. They went to the school, the swimming pool in town, the bus stop where they had last seen them and finally the park. Both of them hadn’t met while they were looking for Martha and Nelson. Until they heard the dogs barking,

“Martha, Martha. Is that you?” shouted Jack.

“Nelson? Where are you?” shouted Harry.

Both of them had followed the barking of the two dogs. Jack and Harry had met near a bush where the barking was coming from. Both Harry and Jack asked each other where their dogs were but they were still cross with each other. They had found the dogs and were ecstatic to see them. They had also seen a litter of puppies. The confused lads then figured out that the puppies belonged to Nelson and Martha and this meant that Nelson was the father and Martha was the mother. They were very enthusiastic about this. They felt guilty for what they had done. So at the same time both Jack and Harry apologized to each other. They had mended their ways and began their friendship. Jack and Harry were pleased that their class teacher had made them sit together. They frequently visited each other and also found out many similarities between them too. They both liked cycling but they never liked getting homework. Soon they became very close and became best friends.

They had to sell the puppies that Martha gave birth to. They couldn’t keep it as there was no place for them to live. All the puppies had found good owners and this helped Jack and Harry to get closer to each other. They figured out that the greatest similarity they both shared was their FRIENDSHIP.

A boy named Michael who was pretty much like Harry used to be in Harry’s football team. They used to be good friends since Year 1 at school. But Harry had to quit when he had gotten an injury on his leg. After he recovered he didn’t want to be in the team. The reason why Michael’s and Harry’s friendship was not going well was because Michael left England and had gone to Canada. So Harry had lost contact with Michael.

Harry and Jack had been friends for 5 years. They both are in Grade 10. And now Michael had returned to England. The day after he came back from England he quickly went to meet Harry in the park where Jack was also with him.

“Harry, Harry. I am back,” shouted Michael.

“Who is back and who are you?” asked Harry.

“Don’t you remember me?” asked Michael.

“It’s me Michael, your friend from Grade 1,” answered Michael.

“Oh Michael, how can I ever forget you,” answered Harry.

Harry and Michael hugged each other and Harry introduced his best friend Jack to Michael. Michael didn’t like Jack when Harry started describing him. So he acted a little rude in front of Jack but Harry had stopped him and told him that he has no right to act rude with Jack as he is his best friend. This made Michael hate Jack more. So he talked to Harry in person about Jack. He told him that how can he become friends with a nerd who has no sense of style, Harry was cross at Michael for being so judgmental. Harry had left the park with Jack. This made Michael madder, so he devised a plan to kill Jack.

The next day Michael went to Jack and befriended him, he apologized for what he had done. Harry was suspicious about Michael did but he was happy that they were friends. The weekend came by and Michael had invited Jack and Harry for a sleepover. Jack and Harry accepted his invitation but Harry’s suspicion grew more. Michael’s plan was to throw Jack down a well. That weekend Michael’s parents had gone to Liverpool so Michael was all alone and that was the right time to execute the plan. That night everyone had fun but Michael was just preparing everything to execute the plan.

Michael knew some grown up men so he had called them to be a part of the plan. They were there to help in throwing Jack down the well. Michael had mixed something in Harry’s and Jack’s drink so that they would fall asleep but Harry had drunk the wrong drink. He saw that Jack felt dizzy and fell unconscious so he too acted as if he felt unconscious so that he could know what Michael’s plan was. So Michael executed his plan. He asked his men to come. When they had come he explained the whole plan to them and Harry listened to Michael closely. When the men left the house with Jack’s body Harry had quickly called the police and he started to follow Michael to the well. When Michael was about to throw Jack, Harry let out a shout. Michael was trapped.

The police arrived but before they were going to arrest Michael, Harry asked him why he had done this. He answered that he was jealous of Harry and Jack being so close when Michael and Harry was supposed to be close friends. Harry then said that he was ashamed that he got a friend like Michael. After this conversation the police took Michael to the station where his parents were called. They came and bailed Michael out of jail. The next day he had left the country and gone back to Canada. Jack was thankful to Harry for saving his life.

Their friendship continued until the end. They had helped each other through thick and thin. So this is the story of Jack’s and Harry’s FRIENDSHIP.