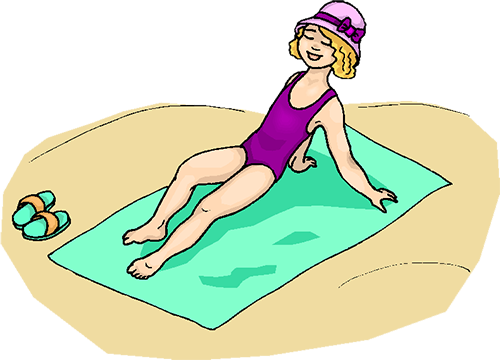 “Friendship, Hatred and other things” is one of the outstanding stories of the first biannual International Short Story Contest 2017 written by Iva Petrović, Serbia.

Friendship, Hatred and other things

We all have our best friends that we love and hang with all the time, but we also have foes in our lives.

Sarah is senior year in high school. She is not one of those popular girls whose lives revolve around social networking sites. She has two best friends by her side. Sarah met Lucy and Donna in first grade, and since then they are inseparable.

This story began last summer, in Miami Beach. Sarah was on a month long vacation with her parents. The day Sarah arrived to Miami she found out that Donna’s parents had decided to come too. Both of them were very excited, especially because Lucy was already in Downtown Miami at her grandparents! They were very happy for the opportunity to spend the entire summer holidays together!

Lucy convinced her parents and grandparents to let her spend two weeks at Sarah’s place. Everything was so great, they would spend whole days on the beach and at night they’d go into the city till late into the night. But one day, when they came to the beach they saw Stephanie, the most popular but also the cruelest girl in school. The girls just made an eye-contact and decided to ignore her.

While the best friends were at the bar, drinking piña colada, Stephanie hugged them from behind with a huge smile on her face.

“Oh my God! What a coincidence!? Three of my best friends in Miami with me!’’, Stephanie said. Lucy and Donna smiled back when Sarah said: “Why are you so excited to see us, Steph?”

After an awkward silence Stephanie gave Sarah a brochure, “Anyway, there is a day trip to Bahamas on Saturday. I’ve been there last year; it’s literally heaven on Earth. I really hope that you girls will join me. It’s going to be fun!”

Sarah looked at Lucy and Donna, “Sure, we will come!”

“Amazing! I am really looking forward to it!” Stephanie said and walked away.

“What did you do?!” Lucy whispered madly.

Donna interrupted her, “Sarah, just remember how tricky she is! She used to humiliate us every single day!”

“Look, I know, Stephanie is not the nicest person in the world. But there is always a bright side, and in our case, that bright side is the Bahamas!”

“You are probably right, but...” Lucy said quietly.

“No ‘buts’, trust me! In three days we will go to the Bahamas with Stephanie, we will have a good time, and we will come back here” Sarah said and smiled at her friends. They all hugged!

They met again on the beach the following day.

“There you are! I’ve been looking for you the whole morning!” Stephanie said.

Donna replied with smile “Well, you found us”

“Yes, I just wanted to tell you that the boat trip starts at 9. But we should be there half an hour earlier” Stephanie told them.

They were very excited, they almost forgot about the evil side of Stephanie. It was time to go to the Bahamas!

“Oh I am so excited; it’s going to be really great!” Stephanie shouted! “Bahamas, here we come!” They all screamed.

When they arrived to Nassau they were ecstatic! The sea was as blue as the sky, tall palm trees, the soft beach sand, everything was so wonderful!

The water parks were awaiting them; they first went to “Aqua venture”, one of the best water parks in the world. It was amazing; they swam and enjoyed “The Abyss”, which featured a 50-foot near vertical drop and a 200-foot-long body slide.

Stephanie was right. Bahamas really are paradise on the Earth.

By sunset they were all exhausted but they were still excited to be hanging around at the beach.

“Who wants ice cream?” Stephanie asked, “It’s on me”

“I do” everybody cheered.

“Hey Sarah, come with me, I don’t want to go alone”, she motioned for Sarah.

Donna waited a few moments for them to get a bit further away, “Stephanie is surprisingly kind, don’t you think so” she asked Lucy.

“Yes, I agree with you, but people change, you know” Lucy responded.

While Sarah and Stephanie were waiting for their ice creams Stephanie informed Sarah that their travel agent had called her and informed the change in the timing of their return boat. “We’re supposed to go back to Miami at six p.m. but they changed it to eight p.m. Which is great, now we have time to go shopping” Stephanie told her.

“Oh that is really awesome! I wanted to get Lucy and Donna something, but I didn’t want them to know. Plus, I didn’t have time between all those crazy awesome rides. I’ll go get some souvenirs now, and you go tell them about the change in timing” Sarah said.

“I will” Stephanie replied.

“Here you are, girls” Stephanie told Lucy and Donna while handing them the ice cream bars. “Where is Sarah” Lucy asked.

Stephanie responded with a confused face expression on her face “She said she is going to a Wi-Fi bar to call her parents. She will be here soon”

“But we are supposed to leave in twenty minutes” Donna screamed.

“It’s going to be fine, relax” Stephanie told her.

“She is right Donna” Lucy said.

Once it was time to go back to Miami, Sarah still hadn’t come back. Lucy and Donna had been waiting in front of the boat.

“Where is Sarah!?” Lucy asked.

“Oh I saw her earlier, she is definitely on the boat already” Stephanie replied.

The girls got on the boat, but it was overcrowded. They couldn’t see Sarah.

Half way to Miami, Lucy and Donna got suspicious and started asking Stephanie a bunch of questions. Stephanie swore that she hadn’t done anything and walked away from them. The girls were scared, but they couldn't do anything so they decided to wait till all the passengers were out of the boat. That was the only way to make sure that Sarah wasn't on the boat.

Meanwhile, Sarah was still at Bahamas. When she returned to the beach, her friends weren’t there. She got panicked and pulled out her phone but the signal was very weak. Sarah tried to call Lucy but Lucy wasn’t answering her phone.

When Donna and Lucy arrived to Miami they realized that Sarah wasn’t on the boat and they ran to check when the next boat was leaving. It turned out that the only ship that is leaving would sail in three days. The girls called Sarah, she answered the phone and all of them were so relieved to know that she was alright.

Sarah went in search of a motel to stay at for the next three days. The first motel she found was at a cheap rate. But it was fully booked and there was no room available. She was forced to stay in a luxurious hotel but fortunately she had enough money.

At the hotel she was invited to a party by a group of friends. Sarah was glad to meet them. She had such a great time at the party. They even went to cruise along the bay the next day where Sarah got to see Disney’s Private Island. They went to Blue Lagoon Island the following day where Sara swam with dolphins! The third day, they’d been just lying on the Pink Sand Beach when Sarah’s phone rang. It was Lucy and Donna; they had just arrived at the Bahamas port, waiting for her. Sarah was very sad to say Goodbye to her new friends but she was really looking forward to see Lucy and Donna again.

On the way back to Miami, Sarah told them what had actually happened. While walking together at the Miami Beach they came across Stephanie. Stephanie approached them, Sarah said “Don’t you ever talk to me again”

“Look, I know, that was mean, you have right to yell and be angry with me. I am sorry!-” Stephanie started apologizing

“Actually, you know what!? Thank you, those three days were the best three days of my life! Thank you Stephanie!” Sarah flipped her hair proudly.

Some people would think about revenge, but Sarah didn’t. That was probably the reason why she had such a great time when she was stranded by herself at the Bahamas. In conclusion, forgiving, being optimistic and kind is the best revenge!