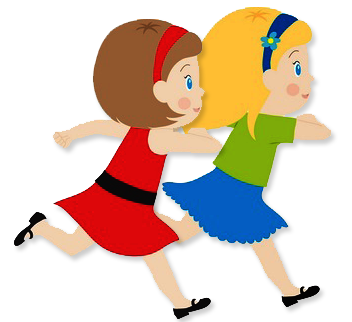 “Forest Prison” is one of the outstanding stories of the first biannual International Short Story Contest 2017 written by Sadhna Bagade, The Netherlands.

I was thinking about the lovely time that Hailey, dad and I had when we went to walk our dog; suddenly a fierce noise from the window startled me. Hailey rushed into my room,

“I promised mom that I would do my homework,” I mumbled at Hailey while grabbing my folders and books.

We ran down the oak wood stairs into the purple and black furnished living room. As Hailey sat down, my phone beeped, I picked it up; it read: I have to work late, Nate will be home at 7.

“Nate? Why is he coming?” I inquired in a rage.

We did not have to wait long, 10 minutes later Nate came in.

“It's 5:30!!” I yelled. Nate pulled out a silver duct tape, from his backpack. He grabbed Hailey by the neck and taped her mouth, I knew I was next.

He wound the tape around our wrists and feet. I tried desperately to move my feet but the tape stuck to uneven layers of skin, I kicked fiercely at him.

After Nate was satisfied tying us with duct tape he threw us in his car. He drove fast, and soon we reached a destination. He pushed us into the basement of some building and it felt like he was going to keep us prisoners there. Nate slowly peeled the layers of duct tape off, and left in a hurry.

“Where are we?” Hailey asked, her faced covered in dirt.

“I don't know, I think we're in a deep dungeon!” I replied, shivering in fear. Hailey pulled out her phone tried to text mom.

“There's no net connection here. Hailey look over there! Over there!!” I shouted. A key was lying on the floor near us. I grabbed the key and a door opened into a narrow passage. We squinted our eyes to see what was on the other end of the passage; at the other end was Nate. He was holding a knife.

We were frightened for our lives; we screamed and ran back. We tried to close the door behind us but he overpowered us and caught Hailey. He grazed the knife down her neck and she fainted. Everything fell silent, I turned around and Nate was nowhere to be seen. He had just disappeared. I ran to Hailey hoping she was ok, her eyes fluttered when I called her name.

“Oh I hate this, can we go please go home, please!!” Hailey was crying. She tried to stand up; blood was dripping from her neck.

“Hailey… Hailey!! I have a plan, we'll pretend to be asleep and then we can sneak out of this horrid place” I said, knowing that since I was the older twin I had to make some plan for us to save ourselves from Nate.

We lie on the ground and pretend to be asleep; Around 10.00 a hooded figure came into the cell. I knew it was Nate. He had come to check on us. The moment he left I woke up Hailey who had really fallen asleep and we ran out of the building. We got help from a driver on the road and got home safe. Our mother was terrified when she couldn’t find us home. She informed the police about the incidents of the night.

A few weeks later, Nate was caught and went to jail. It was such a relief, Hailey and I are preparing to go to Oxford, and we hugged our mom and told her that it should just be us forever.