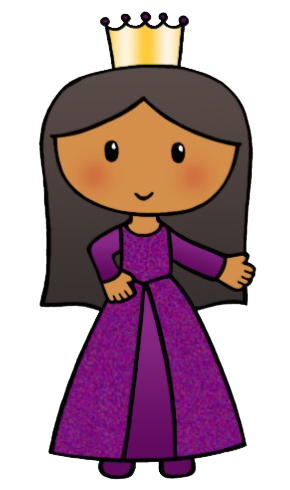 “Don’t Lose Your Hope” is one of the outstanding stories of the first biannual International Short Story Contest 2017 written by Săbău Beatrice, Romania.

Oh, sorry I forgot to introduce myself. I am Eliza and this is my story.

When I was born, my father had already passed away. He was killed by a witch named Sajida. My father went to fight her and has not returned. The witch who had been living in a cave on the mountain threw a flash of lightning into my father's heart and he died; this is what my mother told me.

My mother used to walk me through the forest full of trees, she led me to the lagoon of mermaids, and I adored how they sang. When I wanted to swim, I went to the seahorse lakes, and I played with them. I also enjoyed watching the fairies who taught the birds how to fly; I loved all these ecstasies in my life.

Every day I watched the mountain where it was said that my father and the witch had fought. When I was seven years old I started to think differently and I wanted to defend my palace.

One night as I was sleeping I woke up in tears because of a nightmare. I dreamt that my father was still alive and he was kept in a magical cage by the witch, in her cave. My mom heard me and came running into my room and asked me what had happened. I told her what I had dreamt about and she told me that my father was very brave and if he had still been alive he would have escaped from the witch and joined us years ago. But the dream gave me hope that my father might still be alive.

Time passed quickly and suddenly I woke up at the age of fifteen. I knew that a princess of my age should possess an exemplar behavior and I was training myself to respect and honor everybody. The days were passing and I was getting stronger and stronger.

My sixteenth birthday was just around the corner and I was very excited about it. My mother did not want to celebrate my birthday with huge celebrations, I had lots of things to do but I noticed my mother was not in a good mood. I had the feeling that she was hiding something from me. I had finally finished with the arrangements and everything was perfect: the dress, the music, the invitations, and the food. In the evening while I was going to bed my mother's problems suddenly came to my mind. I did not know the reason of her sadness, maybe she couldn’t accept the fact that I had grown up now. I was suddenly reminded about the nightmare which I had in the past about my father and even though the chances that my father would still be alive were very small I just could not accept his death.

When I woke up the next day the sun was shining brighter than ever and the world looked amazing. I realized that everything was so beautiful because it was my birthday. I could not believe how quickly the time had passed. It seemed like it was just yesterday when my mother used to hold me in her arms and walk through the forest. I got dressed and went for a walk in the jelly forest because I missed it so much. Once I arrived in the forest I remembered many episodes from my childhood, even though the forest was more interesting than before it still reminded me of the nightmare.

I sat under a tree, but my head felt cold as it touched the bark of the tree. I quickly stood up to examine it; it looked like the tree was made of metal. I tried to open that metal door but I couldn’t. I sat down and started crying,

“I can't even open a little door, how can I make you proud?! I love you, father!”

Once I said those words, the little door opened. Inside I found a letter. I opened it in curiosity, it read: “My dear daughter, I’m writing this letter to let you know what truly happened with me. I am in the forest and I am preparing to fight the witch. If I manage to defeat her she will never bother us again. If you ever read this letter, just know that I love you with all my heart! I hope to come back, but if I don't, you have to know that on your sixteenth birthday, the witch will come to the palace to take your life. I want you to look for me, because I will not die until I see you again.”

I started crying, it was overwhelming, but I felt a wave of relief. I was so happy when I found out that my father was alive. My happiness didn’t last long because I remembered that the witch was coming to kill me. When I arrived at the palace I noticed black clouds approaching the palace. I knew that the witch was on her way already. I thought that if my father could not fight her, I would not be able to fight her either. I needed my father’s help; I had to search for his cave without the witch knowing about it. I had to get beyond the seahorse lake and through the forest. I managed to arrive at the valley of the mountain without being seen. Then I started climbing up, to the cave. It was dark and I couldn't see anything. I searched the cave for my father but I didn’t find him. Suddenly, I heard a voice from behind a wall. It was a secret chamber, I found a door hidden into the stone walls and I opened it. There he was, my father. I saw him and tears filled my eyes, I took him out of the cave and went back with him to plan an encounter with the witch. When we arrived at the palace my father gave me a magic sword and I used the sword to ambush the evil witch.

We spent the rest of our days in happiness, we were finally a whole family again, and it is the happiest thing that has ever happened in our lives.