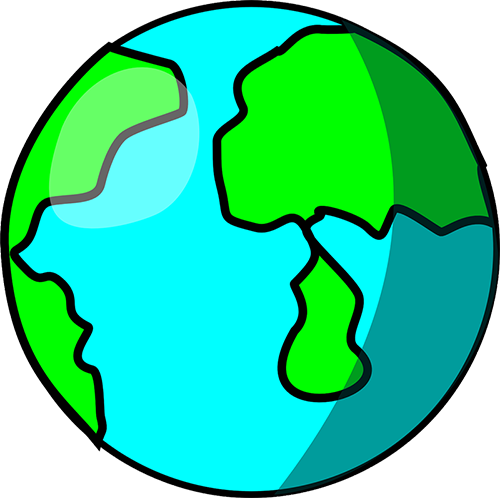 “Diving in to our own mistakes” is one of the outstanding stories of the first biannual International Short Story Contest 2017 written by Luisa Printes Simoes, Brazil.

Diving in to our own mistakes

We all have heard of Mars, the red planet. But what most people do not know is that things around there were not always dry and hopeless. Mars was once very close to Earth. The giant desert we see now was a beautiful forest, covered in rivers and life. Another coincidence was that just like Earth the people who lived there were greedy and always wished for more than they could have.

There was a time, way before Earth, where life began to develop on the planet and over time started to develop its’ resources. It was just a matter of time until they started to run out of water, food, energy and oxygen.

For the billions of houses they built, billions of trees were taken, which caused an intense erosion of soil. This way they ran out of food, since they could not plant any more. The devastated forests and pollution made the atmosphere change, allowing the Sun’s rays to penetrate much more intensely, interfering with the climate, making it dry and hot. This change in climate caused extinction in a lot of animals, causing the food chain to collapse. This way, chaos took over Mars.

The core was unstable and volcanoes were more destructive than ever. As soon as they realized they were all going to die, hundreds of survivor children were sent to a new planet to recreate their way of life.

This planet was Earth, the most similar to Mars in the Solar System. It was a peaceful and a young planet, perfect for building a civilization. Seconds before they entered the atmosphere, the spaceship cracked, dividing the children in groups that fell in different places.

The impact was so intense that erased the memory of most of the children, leaving them with only the last words of their parents: rebuild our civilization. Now, this was the only purpose in their lives. Still, there were a few children who remembered the chaos their greed caused to their planet, and so, tried to convince the others that having a lot of things is useless, because once you have health and people to count on; there is nothing else you need.

They tried to convince them every day, but when they finally realized what they were doing to the planet, it was too late. In a blink of an eye, Martian civilization was rebuilt, and all the beauty of the planet was gone.

Today, there still are a few people who believe in friendship and union, but the most part of human beings are blind to alternative ways of life.

Scientists search for planets that are similar to Earth, because they know our greed for everything will not take us anywhere but chaos and destruction. But the question is: What are the benefits of having new opportunities, if we keep on making the same choices and keep repeating our mistakes?

People on Earth, just like in Mars, are diving in to their own mistakes, and some people still do not realize it.

It is time to try to correct the harm we have done. And we have to do it fast, before it is too late.