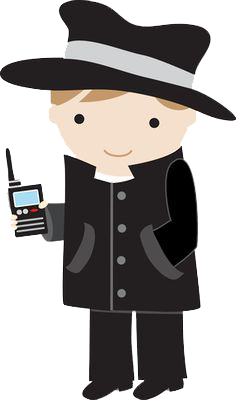 “Catching Jackie” is one of the outstanding stories of the first biannual International Short Story Contest 2017 written by Omololu Afilaka, The Netherlands.

Lucas and I said bye to mum, Jessica and Dad and quickly put on our spy suits and grabbed George, our dog who helped us on our missions. We were going to find an escapee from the Central jail. Since he was is Germany, we had to travel with a special plane that the GPF( Global Protect Force) gave us. It was special because it could turn invisible.

As we went into the plane, we totally forgot who should fly it, George said he would fly. As George was flying, he put it on auto pilot. Suddenly, the plane was dropping! We used the parachutes to save ourselves. The plane exploded into a million pieces.

“Lucky escape” whispered George. When we reached the ground, we were in Berlin. We quickly hid, changed into our normal clothes and changed George into a pet dog. The GPF said the destination was at a fancy hotel, a nuclear bomb had been set to kill the German President. We took a taxi to the destination.

When we got to the hotel we asked the receptionist for room thirteen but Lucas was scared because he hated anything that had the number thirteen, he even wanted to skip the age thirteen. We slowly opened the door and did a symmetrical kick in the air. There was nothing in the room besides a dead body that quickly sprang back to life. He was the taxi driver we had come with; he told us that he was flung out of his car and brought here in another vehicle. So we asked him if he remembered the plate number of the car. He said 36-7G7T, We used a special GPF device that would track down any plate number. The car was heading west. We went that way and finally caught Jackie and kept him in our new plane till we got home.

When we got home, we were in huge trouble as mum asked where we had been. We had to tell her the secret. So calmly I said, "We work for a spy organization, we go out on missions to save people who need help and we capture bad guy”. They were shocked; Mum was going to blow up, her expression said it all.

“Well”, said dad “we have something to tell you too, we are detectives that handle high end cases. Remember the missing Mona Lisa, we found it”

We were so happy, a family of spies and detectives. Every night, we were told fantastic stories about detectives. And one day we were invited to join mum and dad in one of their cases that involved finding the missing Royal Crown!

We were one big happy family.