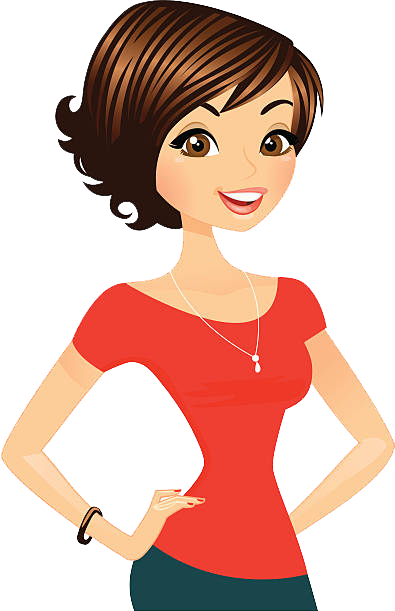 “Alive” is one of the outstanding stories of the first biannual International Short Story Contest 2017 written by Priyodarshini Dutta, India.

I looked at my watch and realised my flight back to London was late. Out of habit, my knees jerked with impatience as I sat at the airport waiting for my jet to arrive. Just then, my phone rang. It was my secretary, Blake.

“Good morning Sir, your flight has been rescheduled to tomorrow evening.”

“Sir, I would suggest that you lose a couple grand there in the casino, its best to lighten up as you wait”

As the clouds of anxiety dissipated, I realised this was an opportunity for me to relax. I had been stressing out with loads of work and planned to put all the load off my shoulders and enjoy the city of Las Vegas for the few hours that were in my hand.

I strolled through the streets with an ear to ear smile. I could breathe the freedom in the air. I stopped by a café named ‘Brew & Chew Café’.

I took a deep breath and gleefully looked around. As I sat down, I could get the musty smell of the café. Las Vegas is all about meeting strangers, discovering people with common interests, amusing life stories and ambitions.

My thoughts were getting further deep when I noticed a lady looking in my direction and smiling. Courtesy asked me to smile back. As if it were a sign of my acceptance of her friendship, she approached me and asked –¬¬¬¬¬¬¬¬¬¬¬

“Is this seat vacant?”

She looked charming in a floral dress and with hair let down. She was also wearing a quirky clip to avoid her frontal fringes from falling on her eyes. Her teeth were dazzling white and she wore light make- up. She had a sling bag on her shoulder and wore colourful bangles.

“Guessed so. How many days since you’ve been here?”

“Not quite. Another day and I’ll be gone.”

Just then an attendant arrived at our table to receive our order.

I said, “I’d take a Macchiato coffee and you, Miss?”

An uncommon choice, I thought.

“Oh! It’s Farverige Svendsen. What about you?”

“I am Kurt Foster, I run a company in London named Foster Machineries. It exports engineering equipment. I came to Paradise for work. My flight got rescheduled, and I landed up here. You?” I was almost curious.

“I am a professional painter. I often stop by here to sketch some café scenes. I am not the stereo-typical romantic painter hailing from the hills. I prefer to paint the city life. It is a bit off the track and more importantly sells well.”

“That’s quite out of the box.”

By then our coffee had arrived with complimentary sandwiches.

I wondered if it was because of Farverige since she said she was a regular customer.

“I have noticed so far your choice is quite different”, I stated after a sip of coffee. The coffee was extremely energizing.

“Let me add to my peculiarity. Well, my name – Farverige - in Dutch it means ‘colourful’”

By then I had taken a bite of the sandwich, which was equally good.

“Maybe my folks wanted me to be a painter from the time I was a tiny tot.” With this she giggled. I noticed her lips and her nail paints were of the same blood-red shade when she delicately placed her fingers over her mouth while giggling.

“Farverige – colourful – painter… Oh! Your name is so significant to your profession!” I discovered.

“Quite a discovery Mister Kurt.” She said.

A pause lingered at our table as we relished our coffee and munched the sandwiches until only crumbles were left on the plates.

“I would love to see your paintings.” I said and paused.

“Oh! Yeah. We could meet here tomorrow and then I could take you to my studio.”

“There lies the problem, I have to leave tomorrow in the afternoon and I’ll be unavailable in the morning and I have a fixed agenda for tomorrow, I’m really sorry.” I explained.

“Anyhow, I’ll try to meet you tomorrow. Any means of contacting you?”

“You’ll find me here if so.” She said in a carefree manner.

The bill had arrived and we were finished with our beverages too. As per chivalry, I insisted on paying and then we found ourselves standing on the pavement outside the café.

“It was a great pleasure to meet you and thank you for letting me enjoy the privilege of the delicious complimentary sandwiches.” I said to her.

“That is fine! The privilege was mine too to enjoy the company of a gentleman such as you.’

I noticed that my appointed limousine had arrived.

I reached my hotel and did indulge myself in a bit of gambling. My past with gambling had not been too pleasant but I thought, why not? I was in the gambling town and once in a while I should consider Blake’s suggestions.

Luckily this one time I had gained through gambling. It wasn’t a wholesome amount but at least better than losing some. In my mind I thought perhaps Farverige might be my lucky charm.

Later, I found myself wondering about Farverige, her carefree manner, her smile, her eyes glistening with her passion for painting. Her uniqueness was admirable. She was different, odd perhaps, yet that trait of hers made her attractive. I was impressed by her.

I became desperate to meet her the following day. I packed my luggage in a hurry. I planned to meet Farverige for one last time on my way to the airport.

I left for the airport and asked the chauffer to pull over in front of the café. I quickly glanced at my watch- I had 4 hours till my flight.

As I entered the ‘Brew & Chew Café’, I encountered a huge gathering of tourists encircling something that was not visible to me. I became inquisitive and thus inquired a fellow tourist in the crowd.

“Excuse me, sir. Can you tell me what’s going on?”

“A native young pilot named some Vogel Sommer is telling us about her various experiences. Come, listen to her.” The man replied.

I had a little bit of knowledge of German. Her name was very meaningful- Vogel meaning bird and Sommer meaning summer. Altogether it meant ‘the summer bird’. And pilot! Oh, what a wonderful connection of her name to her occupation. She reminded me so much of Farverige. I wondered if all the native young girls were so amusing.

Out of curiosity, I pushed through the crowd to witness the maiden herself. She faced her back towards my side. She spoke in a loud and clear voice with a distinct accent which was more American than German.

“…the landing was the most difficult part. My co- pilot, though more experienced than me said, “Honestly speaking First officer, I’m not very confident of the landing myself. How am I to command you?” I turned to my co- pilot and confidently said, “Don’t worry officer, I’ll do it myself. I’ll take command.” With that I swiveled to my side…” saying this she turned to our side and the maiden claiming to be Vogel Sommer was none other than Farverige Svendsen by appearance! I was awestruck. I believed my own eyes and it was indeed Farverige herself, the Farverige with whom I had spent the previous afternoon, whom I was supposed to meet that day.

She continued with her narration and demonstration leaving me unnoticed and unheard.

I was confused. I sat in one corner of the café. There was a rush of various theories that I came up with to explain the situation.

An attendant arrived at my table and asked, “Your order, sir?”

“I’ll just be leaving. No order from me, please.”

“I get it. I could explain everything possibly. Do you want to hear?” he asked.

“Excuse me?” I looked up and squinted at him.

“I took your order yesterday. You’re confused about Lizzy, aren’t you? What story did she tell you?”

“The girl there,” he pointed towards the crowd, “calling herself Vogel Sommer right now. This happens almost every second day. Gift of the gab, sir, extremely smart she is. Great knowledge about languages. What do you call it? A linguist. She works in a nearby firm as a book translator at night and during the day she comes here and meets new tourists and makes new names and occupations for herself. In a city such as Las Vegas, with new tourists coming every day who would hardly revisit a place, it’s easy for her to get away with these stories.”

Although his theory was unbelievable, it somewhat made sense. It’s not an everyday issue that you come across someone with a name that is so relevant to his/her profession. And after all, the truth is sometimes bitter.

I felt duped and it was hard for me to accept Farverige being fictional but on second thought I couldn’t but admire the way of life she had discovered for herself. I mentally wished her luck and moved on taking this as a beautiful memory. I calmly looked at my watch, with two and a half hours till my flight; I thanked the attendant for his hospitality and left the ‘Brew & Chew Café’ for one last time.