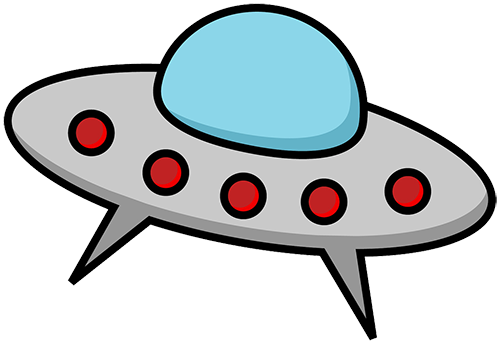 “Aliens - Are They Real?” is one of the outstanding stories of the first biannual International Short Story Contest 2017 written by Israa Muhammed Asif, Dubai.

Aliens - Are They Real?

Aliens - do they really exist? Do they have super powers? Are aliens good or bad? I had so many questions about them. Before I got lucky enough to meet them and figured out all that I ever wanted to know.

One day at school we were discussing about the solar system. Our teacher told us everything about the sun, the moon, planets and stars. Curious as always, I asked her about aliens. But upon my question, the teacher guffawed,

“There is nothing like aliens! Stop thinking about aliens and focus on your studies.”

But I knew for sure that aliens did exist, and soon, my fantasy became a reality.

Some days later something remarkable happened! It was all over the news and everyone in the whole wide world was talking about it. A family in the UAE were camping out in the garden when they saw a huge shiny, saucer-like plate flying across the sky. It raced across the hills, and soon the family heard a loud explosion! With the ground shaking, the frightened family immediately called for help. When the police investigated the area, one of the officers reported to have seen something green, with 4 to 6 eyes, 4 legs and 6 hands!

I was certain - it must’ve been the ALIENS!

So, out of curiosity, I decided to go in the park and try to see the aliens myself. I hunted the park for clues, and as I went behind the bushes, on the ground was a huge whole – huge enough to fit a spaceship! And I saw big footprints nearby the hole. I followed the footprints which guided me to a narrow, stinky tunnel. I crept through the tunnel. It led me to a small 1-floored building. Curious, I went up the building. I heard some weird sounds from behind a door, so I knocked on the door, and the door automatically opened! I was terrified! Suddenly, a weird sound whispered,

“Come in”. Tempted to discover more, I went inside.

I couldn’t believe my eyes! 3 huge aliens! With 6 purple eyes, 4 feet and 6 arms, these creatures were mystical! I was startled and tense all at once! Then one of the alien spoke, “No need to worry, we come in peace”.

Then, as they offered me to sit and gave me a glass of water, one of them said “Let us introduce ourselves. The blue alien is the kid, we call him B15ZX. I am G15ZX, his father and the yellow one, Y15ZX, is my wife. What’s your name?”

Bewildered, I answered, “My name is Israa”.

Then I asked nervously, “Why did you come on Earth?”

They explained “Our Queen, G15ZX, has lost her baby egg. It fell on Planet Earth. It’s grey and unbreakable. It’s going to hatch in exactly 3 hours. We can’t go out ourselves as the Alien Hunters may harm us. So could you help us find the egg, please?”

I said, “OK I will help you only if you help me write a book about aliens; you see, I’ve always believed in aliens but every time I mention it to somebody, they think I’m being foolish. And this is my chance to prove myself, so it’s a deal?”

They replied, “Deal. We will help you and you help us”.

Then we started thinking where the egg could be.

I asked them, “The egg could be anywhere in the whole wide world and how do you know it is in the UAE?”

They answered “We know because we tracked the egg when it fell. We know that it fell in a place known as Holly’s Eggs”.

I told them “Holly’s Eggs is a store 2 kilometres far. But there are lots of eggs over there, how can I find 1 grey egg all by myself?”

They said “Please help us! Please! If we don’t find the egg the Queen won’t let us get back to our homes on our Planet.”

So I agreed to help them. The aliens used their magic powers to shrink into small dolls so I could carry them in my backpack. On the way to the store, the aliens told me all about themselves to help me with the book. G15ZX said “Ok so first write that aliens come from a faraway planet known as BGY15ZX and we talk in 15ZXXZ language”

I asked “How can you speak in English?” So they replied “We have a special superpower with which we can talk in any language”

I questioned if they had any other superpowers too. Y15ZX replied “Yes we have 4 more powers; 1st we can transform into any size, from a tiny doll to a huge monster, 2nd we can fly, 3rd we can read anyone’s mind by holding their hands, 4th we can change our colour into any colour we think.”

Searching among thousands of white eggs, I soon found the alien’s shiny grey egg. Then I sneaked out of the store and rushed to the aliens. Delighted, they thanked me by carrying me and cheering my name! Finally, they put me down. “Just in time”, they said. They then quickly hurried to their spaceship before the egg could hatch, and left back to their planet.

Moral - Believe in Yourself