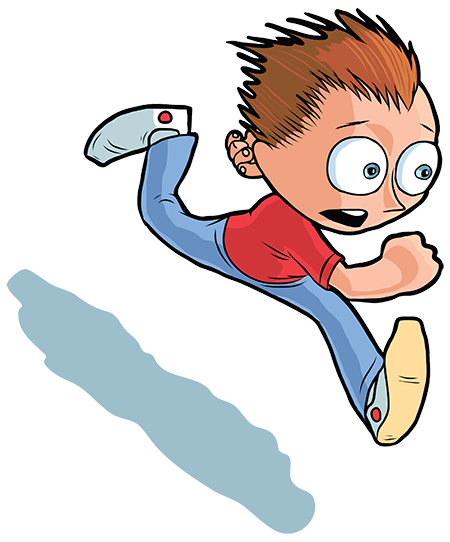 “Across The River” is one of the outstanding stories of the first biannual International Short Story Contest 2017 written by Patrick Adams, The Netherlands.

In the isolated and cast away fields of the Scottish countryside, a village called Balmergo over-looked the banks of The River Mully. The village sat there, sleeping.

Wallace Way, a 17th Century house with a well thatched roof, squeezed between rows of vintage houses. Indoors, James was sprawled all over his bed reading his treasured comics. The adolescent had flaxen hair which curved round to the right. His blue eyes shone from his pale-skinned face.

“Can you please come and help!”

Requested James’ Mum Linda. Sweat trickled down her snow-white skin, and her hazel-brown hair fell on her aching shoulders. Her husband Arthur was watching the Antiques Road Show. The phone rang aloud.

“I'll get it!” Linda's voice echoed into James’ disorganized room. She picked up the phone: “Hello!” Her dying voice indicated the severity of the event, “But he seemed fine when we saw him last month!” Linda began to sob. Arthur darted into the room, only just pulling himself away from his dear TV. Linda howled: “Dad…he's gone…”

Rain thundered down, a newspaper dropped on the doorstep the next day. The headline read: “BILLIONAIRE DIES”. Linda had always acknowledged that her old man was well-off. As an only child she gratefully accepted the riches.

“Ring- ring… ring-ring!”, Linda ran to the phone. Stealthily creeping round the corner, James listened in. “Who are you?!” questioned Linda.

“We know who you are!” It may have been over the phone, but she still had to mask her ears with her quivering hands. As Linda as dropped the phone, she ordered James to draw his coat from the ornately-fashioned rack, and dash to the police. They ran through a maze of people to get there. The place looks lonely. They wait for someone to show up.

Heavy breathing claims the room; a creak of the door and James’ eyes arrested the shadowy figure’s face.

“Alright, pal?” The figure spoke. “Seem a bit puffed out.”

“Criminals, they're going to take my money!”

He bounded out the room, running to the rain-soaked docks. In the distance was the neighborhood city Stonebrugh. The boat penetrated the rippling waters and Linda was tossed side to side. Murray took the lead; He busted open the sinister door and before they knew it, they were completely ambushed.

“We have you now,” murmured a distant figure.

Everything was a blur. James had no idea what had happened last night. No, he had to get out of here.

All he could here was a faint sniff from Linda. They were in a small, metal, rusty chamber in the engine room of Stonebrugh’s Electricity plant. The sound ofmachinery repeatedly reverberated around the ghastly room. Murray stumbled into the room, bruises covered his legs, and scars striped round his withered arms. James wriggled his aching hands.

Just one more time, he thought. He's free! But he was careful not to move and catch the attention of their captors. When they weren't looking, he slipped off his bed. Slit. The bigger, taller criminal looked back only to see the boy setting his mum free.

“Hey!” His voice filled with shock and anxiety. He shot like an arrow into the silver-plated wall. The smaller yet tougher looking man tackled the boy to the ground. James tried to wriggle his way out. One convict was on the ground and another fighting a 12 year old boy. James let out a roar as he squeezed away from the man. He slit free Murray’s hands in a single gesture of his hands and ran to the door.

James sprinted down the street with no hesitation; he glanced back, Murray came stumbling out, looking exhausted. He gave James a hearty yet urgent shove.

“Come on!” Murray ordered. They both ran down to the docks.

“Wait! I can only see Mum!” she was struggling to get away from the criminals who were just behind her.

The smaller man tried to grab one of them. But Murray just caught them in time. The sun descended on the tranquil waters of the River Mully. Relief filled their panic-stricken bodies.

“It's Dad, he's coming home!” The two heroes strolled down the street in disbelief, they walked into the house and Linda collapsed on the sofa. Arthur walked in with a bright smile on his face,

“So what did I miss?” He questioned.

James replied: “Oh nothing Dad, You didn’t miss a thing!”