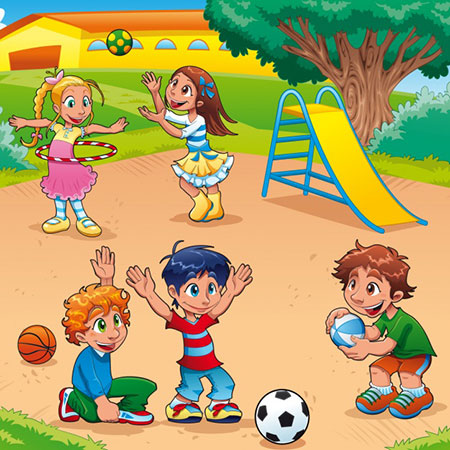 “A Primer for Evil Catchers” is one of the outstanding stories of the first biannual Short Story Contest 2017 written by Alina Rybalchenko, USA.

A Primer for Evil Catchers

‘Don't judge a book by its cover’ Now, I begin to understand it. This proverb became my credo. Why?

Now we are in one of the usual European cities, in some kind of yard. Can you imagine it? The yard has the shape of a semicircle and is located between two buildings. On the one side, there is an arch of an impressive size, the other is the easy way out to another courtyard. In the center is a playground surrounded by the trees, a gazebo to the right, and the paths are placed around.

Good, now add to the playground a few children; seat grandmothers and mothers on the bench near it; a small company of young people will walk along the paths. Now they will come to the gazebo and sit down in it. Some of the adults will pass us. They are in a hurry, and we do not need them. And also put a car with coffee, hot chocolate and milkshakes in that right corner. Put a person near it and voila - a perfect yard in an ordinary city. So, the final touch – we will sit at some distance in the shadow, where we will see all the people present.

And now prick up your ears, open your eyes widely and follow my actions and tips. You and I must find a bloodsucker.

Yes, my job is to catch vampires. Oh, please, stop saying nonsense that there are no vampires. Anyway, let's continue our observations. So, the company has started to drink beer. Hah, just look at that blond guy, who sits between the red-haired girl and another brunette guy. This silly person pours some powder into the bottle of the guy and then goes to the girl's one. It is interesting: he is an addict or is it just another bad joke? What do you think? Personally, I do not care, this is not my business.

Well, look further. In front of you there are some kids in the playground. There are three of them. Do not dwell on the kids greatly, better to look at the little girl on a swing. Everything would be fine, if she wasn’t crying, and hugging a teddy bear with a torn paw. The whole puzzle is complicated: while moms with grandmas exchange news, that trio broke up a bear and offended the girl. How do I know it? Look at her hands: there is another paw.

Guys, do not stand up, and please, do not go to her, stop pitying her. Yes, she is bad, but even if you stand up for her now, it does not help her, and do not forget about our task. Oh my God, here, the men from the car - coffee maker comes out and gives her a milkshake. Satisfied? The girl calms down, and now look to the right, on the second floor balcony. Do you see a woman who is smoking? She is her mother. From her eyes it is clear that she does not care.

Follow my finger. It is directed towards the arch. Do you notice the guy of about twenty in black clothes? We see only his whitish skin, which gives a little blue. It is enough for me to smile. This vampire chooses a good victim. What? You do not understand again? Oh, I hate freshmen. Okay, look here is a baby, she is alone, no friends, parents do not care about her. If she disappears, no one would call the police. The guides do not write about it, but the children’s blood is the most delicious, so the bloodsucker wants to grab a tidbit. Well, charge the guns and prepare the network, it is difficult to catch a vampire, but possible. Our target cannot see us, but it is a matter of time. Thus, we begin.

Oh, I almost forgot; remind me to call the police. You did not notice that blond guy has a knife? Uh well, run; we have a case.