Story Contest 2017 #1 - Outstanding Stories » A Handshake with an Alien 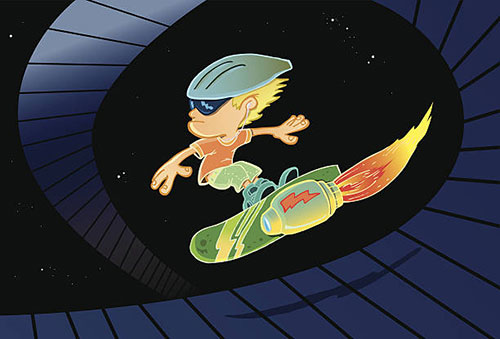 “A Handshake with an Alien” is one of the outstanding stories of the first biannual International Short Story Contest 2017 written by Sanjivani Show, India.

A Handshake with an Alien

Up in the morning, Juju was off the bed in search of his mother. “Mom, where are you? And where is my breakfast?” shouted Juju in despair. Actually on that day, he had had an important exhibition on planet FH21M. “Here I am Juju. Have some patience. I am making breakfast” replied mom.

Science had already developed a lot. Life had become so easy. Everyday seemed to be Sunday. When earth was on the verge of extinction, all the living organisms including the human beings and animals had abandoned the planet. Going for an Inter- Planetary journey was as easy as going to a park on Sundays. All of the researchers across the multiverse had said that there was not the slightest sign that the aliens persisted in this multiverse because of which they could built their civilization again.

But somewhere Juju did not agree with these things in no way. At the back of his mind, he believed that aliens were there but he could not get across the table.

Meanwhile, everything was ready. The space shuttle was also ready for the journey as well. Mom had already provided Juju with the breakfast bars that mom had prepared all by herself and it was Juju’s favourite snack as well. Without any further ado, the shuttle was up in the air and in no time out of sight.

Juju was from a very affluent family. His father was a famous scientist of that time. And Juju himself was the brightest student at his school.

After having covered a short span of time and having seen the amusements of the multiverse, they were all ready for a successful landing. They all already had had their oxygen pills. Because at this time there was no such need of carrying huge oxygen cylinders but instead had become a matter of a few pills.

There was a huge assembly of people at the Multi-Planetary hall of Exhibition of the FH21M planet were Juju was supposed to be. There were people from different galaxies and planets. All the great inventors, discoverers, businesspersons, and many more people were there from around the multiverse. Juju with his friends was there giving his presentation. Alike previous year this time also Juju was accepted to receive the first prize.

He thought it prudent to bring his floating skateboard and the metal compass as well. When his friends heard about it they started giggling amongst themselves. But Juju was quite serious about it. After having completed his winning presentation, unlike every year he was not there with any such intention to go towards the ship. Rather he headed towards another direction not knowing that an epic adventure awaited him.

The planet had been recently discovered, he was there with his skateboard, so, it didn’t cost him a lot of energy. After having covered a long distance of time, he was neither able to see anything nor able to spot anything unusual. Then he felt that someone was following him. As he was not much worried about it, he let it go.

When he was walking, he stumbled and fell into an abyss pit of darkness. On opening his eyes he found himself in a dark, dirty, and sticky place. He couldn’t exactly understand where he was. Many dangerous thoughts were hovering over his head; his skateboard had broken into pieces.

He kept on walking until came across a dirty ball like thing inside the cave. It was the only thing that he had seen in the cave till now. He tried to move it in every possible way but in vain. At last in frustration he kicked it. To his astonishment he had discovered the thing he was looking for.

On seeing Juju at first they were a bit frightened but later they all had become good friends. And for the first time in his life he had had a handshake with the aliens!

Meanwhile his parents along with the police were there. They were able to track him down by the trails of his skateboard.

The alien world was also very glad. They were given special position in the society and Juju had become the most famous discoverer in the whole multiverse.