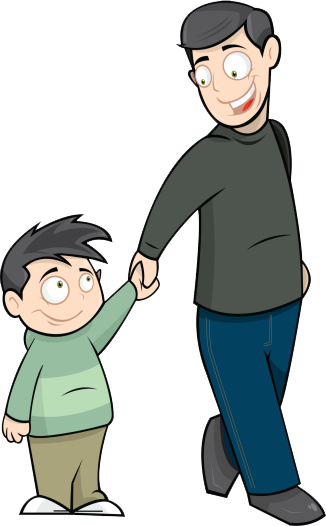 “A Boat To Paradise” is one of the outstanding stories of the first biannual International Short Story Contest 2017 written by Soumya Deouskar, India.

A Boat To Paradise

Until today, I believed that Paradise is where we go after death. Paradise had always been a tool for my elders to terrify me from the consequences of doing something wrong- that I won't end up in Paradise. And in this search of this 'Ideal Paradise', someone changed my life.

"I'm sure my son would make a great businessman", was the phrase I recited to every single person I met, my hand on my son’s small tender shoulder, delivering him a ton of responsibilities. His ears would lift up like ears of a rabbit when I said this. His electric eyes always narrowed, speaking nothing yet telling a lot. That irresolute smile on his face had always bamboozled my mind a safe future. Even after having a clear vision about his future, I was blind to the melancholy behind those watery gleaming eyes.

Every night, when I came back from work, he expected me to hug him like a father, not shake hands like a businessman. I had never realized we both were searching so many things in each other that we had lost one thing, love. He only knew me as a billionaire, he hunted for a father within me, a man I was unknown to. In time, many annual functions, baseball games, sports days and countless moments to be cherished were lost. As we both weaved a web of problems, an incident clashed everything over.

It was the end of July, Ved's birthday. Once again I promised to attend but couldn’t fulfill my word. I did not realize it would be the last straw. My work chained me for the whole day, so I sent a bouquet of chocolate for him. Hoping forgiveness from Ved, I reached home with a guilty heart and a tired mind. But this was not what broke me; my own bouquet shattered my body. The untouched bouquet, a sketch and a note. A sketch that showed a grave and me placing candles in front of it. The note was an insult to injury:

“Thank you father, for the wonderful bouquet. But from today I don't think I would believe in science. How can a person who is breathing be dead? I have received my answer."

I was terrified that even tears feared to roll down my face. The absence of my son's voice took my own voice. It is said, absence makes the heart grow fonder, but his absence took my heart. There was an unusual silence, that deafening, cruel silence which brought me back to reality. Devastated, terrified, in fear, my functions failed to answer any thing. All I could think was where my child was. For the first time, I yearned for the hug I neglected every day. I sat aimlessly in the garden, first trying to forgive myself and then to ask forgiveness from my own son.

I saw a puddle in front of me; a brown vague puddle appeared in my obscure mind. It reminded me of a boat sailing in the ocean. I took out a paper and crafted a boat, and the joy of merely staring at my impaired creation floating gave me boundless pleasure. For the first time in all these years, I laughed, to myself, laughed at my silliness. An inner person instantly came out, a child, a son, a friend and a father within me.

I valued the explosion of personalities, but missed Ved. It is how strange how sailing a boat was the greatest discovery I had made about myself. Being a child again, revealed the love inside me. I noticed a smaller boat behind mine, it was Ved's. He sat beside me with a weak smile. As I gripped his hand, he gripped mine; salty tears surged from our eyes. Salt bringing sweetness between us. We were deprived of words, not emotions. An apology would have been tiny to me, but a stretch of his face in joy was the greatest gift I ever received. This time I placed my hand over his small tender shoulders, not with pride, but with affection and maybe even reducing our responsibilities. My Ideal Paradise.