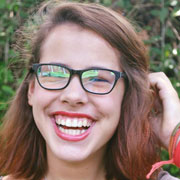 “The female pirate of the seven seas” by Rebecca Pretorius, is the Third Prize winning story in the senior category of the second biannual Short Story Contest 2016.

The female pirate of the seven seas

It was a beautiful day. The air was crisp with a cool ocean breeze, as I stood in front of the Ranger, the newly captured ship, with its gigantic sails towering high above me. A perfect day for sailing. Yet, my heart raced with anxiety as I took my first step on the wharf towards the Ranger. I ensured that my long, red hair was tucked under my hat. At the end of the boarding plank I stopped. I saw that the sailors on board were moving back and forth frantically. A young man, I presumed to be the First Mate or Quartermaster, approached me.

“Well then lad, put your luggage down below and get to work in the kitchen. We’ve lots to do before we set sail!”

“Yes Sir!” Without a moment’s hesitation, for fear of being discovered, I ran in the direction he pointed. I found myself below deck in a large room filled with hammocks and mattresses. I made my way down the narrow walk way till I found a hammock with sheets still folded. I threw my bag in it and ran up the stairs.

After searching, I finally entered the kitchen, where the sight of a huge muscle bound man struck me. I was relieved when he turned around that he didn’t look fierce at all; he had blue eyes, a warm smile and wore his long graying hair tied back. “Ah..!, the new cabin boy”…

“Mary!” he called. A girl with an apron on came around the corner of the kitchen. She dried off her wet hands and extended her hand toward me. “Mary Reade.. good to meet you.”

I took her hand and shook it. “Andy Cormac.”

She turned around sharply and went on washing the dishes. I glanced at the man with a puzzled look and he immediately understood. “She is the captain’s niece… So, she has certain “privileges” you could say, but don’t take her lightly, she is very swift with the sword.”

“Well, Andy, my name is Rolph and I’m the cook for this ship of a 100 plus you two and I believe you are under my command for now. So start chopping these carrots.”

“YES Sir,” I said with a grin. He passed me a big bucket with carrots and a knife.

That became my routine for the next few weeks. The nights seemed long but I soon got use to the constant swaying of the hammock.

At times I felt lonely and wished I could just talk to Mary. I didn’t dare reveal my identity particularly as the first mate had a sharp eye on me, as I was supposed to be a boy. At least, Rolph and I got along nicely. He taught me all the pirate and sailor songs, it was plenty of fun.

One day I don’t know if it was luck or misfortune, I got the duty of mopping the cabins of the Captain, first mate and Mary. I took the slobbery mop and wooden bucket and I worked my way from the captain’s cabin into the first mates and lastly Mary’s. I opened the door. She wasn’t there. It was the most beautiful room I could have imagined! Before I could help myself, I was foolishly looking through her room and ended up at the mirror. I took my hat off and my long curly red hair fell down past my shoulders and for the first time in months, I could just…be myself.

Then suddenly the door swung open! But it got closed very quickly. It was Mary! My heart raced, yet at the same time I felt relieved. “Who are you?” She screamed. I rushed toward her and put my hand over her mouth and then signaled her to be quiet.

I sat on her bed. “You can tell the captain, he can throw me overboard if you want.”

Mary responded indignantly “And why would I do that?”

“Because I broke the code of ‘no woman allowed.”

“Well here I am, after all there are too many men on this ship,” she said as we both laughed.

We made a pact that it was our secret.

Weeks passed. As winter set in, days were cold and tiring. Yet, Mary and I always found a way to laugh, and so our friendship grew. So as months became years, I truly found myself part of the crew. We were like family, but that would soon be put at risk.

One blustery day with rough seas rocking the boat, I had my usual fencing classes with the first mate. As we danced back and forth steel against steel, I lost my balance, my hat flew off and my hair dropped down.

The first mate stepped back; they all stood there in disbelief.

“You, you’re a girl,” The first mate’s bewildered face rapidly changed to fury as he charged at me!

I closed my eyes as I accepted what might come. But suddenly the captain spoke; there was a dead silence. “What do we have here?”

I opened my eyes and there the tall fearsome captain towered over me. “Now I see why you and Mary are such good friends. So tell me child, why all this trickery?” After a lengthy silence he shouted, “Speak up child!”…

“Captain… to prove to my father and any man, that a woman can do anything she puts her heart and mind to Sir!” I replied while holding back tears. With a wink to Mary he surprisingly answered, “Well clearly that goal is set and waiting to be conquered.”

And since that day I have grown to be known as ‘The female pirate of the seven seas!’