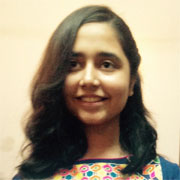 “The bog-wash” by Hafsa Akbar, is the Second Prize winning story in the senior category of the second biannual Short Story Contest 2016.

The clock is a spectacle of great wonder - its monotonous clockwork movements conspire the most unpredictable of happenings and, if one might strain to look closely as Pip did now, between those fine lines in the chapter ring that mark every minute of every hour lie a series of events more endless than could ever be fit. It was the chief of these lines that both, the second hand and the boy’s eyes, chased – the former with duty while the latter with silent dread. Tick tock – he gripped the desk’s edge – tick tock – he stooped his shoulders – tick tock – he readied his feet – tick – he took a final gulp – tock! And he made for the door like a charging bull! For the clock had struck two and the bell had sounded, signalling the end of another school day and letting all children off their leash so that they tripped over their feet and jostled their way out of the classroom doors, raising the din in the hallway.

The boy’s slight build and meek behaviour earned him the privilege of entertaining the unprovoked aggression of a band of strapping young boys, all broad shouldered and burly so that Pip could do little in the way of protection. As if to compensate for that, his frail body allowed him to melt into the shadows, slipping past the notice of those around him. How was it then, he wondered, that amidst such a ruckus they were able to spot him? He ran, scampered like a timid lamb but they pursued, getting close, closer still… until he could feel their presence... getting nearer. Just one more step and-

‘Running away, were you?’, close to his ear, someone whispered. ‘Don't bother. We could smell you from a mile away.’

And he didn’t. Didn’t run, didn’t struggle, ‘didn't bother’. But simply, having learnt over the long course of being prey to swallow bitter medicine without delay, complied and froze in his step.

‘Good boy. Follow me quietly, then, and I’ll make it quick.’

Repeatedly thinking, ‘I can take it’, Pip had not realised then the lie behind his own words nor the folly behind his very step. It didn’t even occur to him to flee. And like a collared dog, he followed.

The pack glided stealthily along the hallway, turned corners at various ends and slunk down the stairs, stopping to glance around suspiciously before pushing forward the shrivelled boy into the boy’s facilities and locking the door behind them. In the slime of the washroom, one slithered along the floor, creeping toward a whimpering mess of a boy, seeing only for himself rich offal for a meal.

‘My, how long it’s been.’, he hissed. ‘How long since we’ve had a decent feast. You’ve been growing some feathers now I hear, haven't you, you damned chicken? Spouting nonsense like that. Getting us suspended. That wouldn’t do, no, it wouldn’t do at all.’ Behind him, his cronies, having been given their cue, started a parody more obnoxious than comical: ‘Principle Franklin!’, they cried. ‘Principle Franklin! The big bad wolves hurt my wee finger!’, ‘Sir, oh sir! Jackie and his pals gave me a wedgie! A wedgie over the playground tree, sir!’ And so, a lot more followed that dirtied the room’s air, some done with words, some with practices but all of which I don’t care enough to account, so let us skip over all of Pip’s miseries and attend to the main event, knowing it to be the very last.

‘Now then, the next time he asks, what will you tell the dear Principle, boy?’, the particularly aggressive of the pack asked. ’Let’s see: ‘young man! Where did you get all these injuries?! Did the bullies get to you again?’ ’ His slanted eyes narrowed to spot any traces of defiance in the boy.

‘I ran into a pole’, Pip raised his voice, ‘being chased by the bullies!’

His lip curled scornfully and shouting ‘Get up, you!’, he grabbed a fistful of his hair and dragged him into one of the cubicles.

‘This’ll teach you to run your mouth with me, you swine!’

And he bulldozed his head straight into the filthy water of the toilet bowl! So that Pip gasped and struggled but struggled he in vain! He pulled out his head momentarily so as to bask in the satisfaction of seeing his eyes bulged out like a fish and his face dripping with the water of shame. He dipped it back again, and another time, perhaps thrice more before deciding his final dip to be the longest and most pleasurable... Odd thing was, it did indeed bring pleasure; to the bully, yes, but more so to the boy.

When Pip was dunked into the toilet one last time, he opened his eyes, not to the toilet bottom thick with grime nor to the foul odour of flush water but to waters… elsewhere. Murky waters whose grey drifted away to reveal a brilliant blue until his head poked out of the wisps of grey that trailed away in azure waters... or was it sky? For he could breath. Breath what fresh air, oh what freedom! Where water had touched him, he felt only a ticklish sensation so that he couldn’t, for all he would, suppress the smiles and giggles that bubbled out of him. And I truly do mean bubbled, for thin, lucid spheres floated down from his mouth and swayed along, leading his eyes to yet more marvels beneath. In the green of the fields, where daffodils twirled, the rustling leaves played a melody sweeter than the scented breeze. Oh, what gay music – what symphony was this? It had him weeping and laughing, singing and howling but above all, it had him wanting, wanting more than anything, to fall... fall... fall ever asleep.

And so he did. In the arms of a panicked Jack, cold and lifeless, he did.