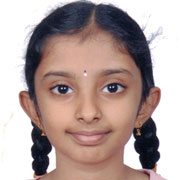 “Rowling in the woods” by Sreenija Vinnakota, is the Highly Commended story in the junior category of the second biannual Short Story Contest 2016.

Rowling in the woods

She opened her eyes to pitch black darkness.

JK Rowling didn’t know where she was. As her eyes adjusted to the dark, she studied her surroundings. There was the sound of crickets and cicadas in the background, and she could see tree trunks all around her. She got to her feet, suddenly aghast. Where was she?

She walked around, trying to find a way out. Rowling then came to the end of a cliff. She could see lights down below. Hundreds of cranes were pulling out trees, along with the roots.

Seeing all the machines and people destroying nature, Rowling felt sad. She wished someone could stop it, someone who was brave and big and scary. Someone who could drive these people away. Someone like Hagrid the half giant.

Just as she was thinking about this, she heard the rustling of bushes behind her. Turning around, she saw a huge figure step out of the trees and approaching her. She could see his face clearly. He looked just like the Hagrid from her imagination.

Rowling was shocked. But the Hagrid-like person was more surprised. He said, “Where am I?”

“You are in a forest. Are you real?” Rowling said.

“Yes I am! I have other friends too. I wonder where they are.”

And they appeared! The three friends came out through the bushes. Just like Hagrid! Rowling was very delighted to meet the people who she had imagined and wrote stories about.

As they were talking among themselves, Rowling heard the sound of the machines down below. She remembered why she had brought them all here in the first place.

She called the four and told them her plan. Everyone liked it. They started the action.

All Rowling could do was wait and wait.

After a few seconds, she saw a firecracker go up in the air and explode. All the workers stopped and stared. Then came another. And another. They came from different places each time, and even if the people tried to find out who was doing this, they couldn’t.

In the shadows, away from the torch lights, Rowling saw a huge shadow going towards the cranes. By this time, the workers had left the machines. Soon after, there were crashes as Hagrid punched the cranes one after the other. Harry and his friends had tied up all the muggles.

After all the machines were destroyed, Hermione flew up and brought Rowling down the cliff. The others were wondering what to do with the people they’d tied up.

“Why don’t you turn them into trees? It’s the best lesson for them, after all they’ve done to nature.” Rowling said.

The others agreed. Harry and his friends cast a spell together and there was a puff of green smoke. When the dust cleared, Rowling saw a tree in the place where a human had once been, with his name on the bark.

Rowling smiled. This should warn anyone who tries to harm nature. She turned to Hagrid and the others, “Good job, Guys!”

Hagrid opened his mouth and said, “Tara! Wake up! Its time for some evening snacks”

Tara opened her eyes, unable to believe what she had dreamt. These are times when, she thought, fictional heroes are needed to give us lessons about how to treat nature right. She rose from the couch, took the ‘Harry Potter and The Sorcerer’s Stone’ from her lap and went to her mother, wishing that her dream comes true.