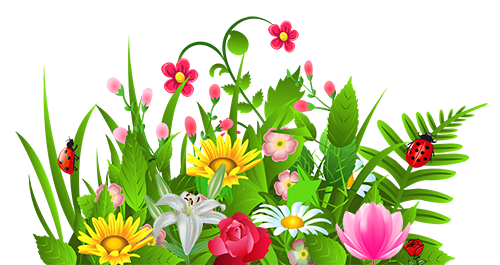 “Never Give Up” is one of the outstanding stories of the second biannual Short Story Contest 2016 written by Nandana Hiran, Banglore, India.

Venus Marvelo was a very wicked sunflower. He treated all the others like his slaves. He had two silly followers, Snape, the venus flytrap, and Seamus, the lily.

One day, Sprout, the rose, was working in the garden. Suddenly a net fell on her and trapped her. Someone took her to Venus Marvelo. Later all the flowers came to know that Sprout was in trouble, but they did not know where Sprout had been taken. They all ran to the queen of flowers, Ms. Lotus.

Then suddenly Seamus entered the palace pretending to feel half-unhappy and half-excited. He told all the flowers that he had found Sprout in a cave. Immediately all the flowers requested Seamus to take them to Sprout. Seamus immediately agreed. After a long journey through forests, rivers, mountains and gardens, they reached the cave. To their shock, they saw Sprout trapped in a cage next to Venus Marvelo. When Marvelo saw all the flowers, he rewarded Seamus with a pearl necklace as he had brought all of them to the cave.

Now, the flowers realized this was trap. They tried to escape but Snape was blocking their way. Now the flowers had no choice, but listen to Venus Marvelo. Marvelo grabbed this opportunity and put all the flowers in cages. The cages were made of thick bars and were unbreakable. The flowers, realizing that they were trapped, asked Ella, the jasmine, for help.

Luckily, an idea was forming on Ella’s head. She had her sapling, named Kun, with her. “Can you squeeze out through the space between the bars of the cage?” she asked Kun.

Kun did exactly that, and ran out to call the baby elephants, which were his friends. The baby elephants stampeded the cave, and crashed open the cages. Snape was crushed in the stampede.

Sprout, the rose, and all the flowers were now free. Venus Marvelo and Seamus went into hiding, fearing the fury of the flowers.

Thus, Ms. Lotus and all the flowers lived together in peace ever after.