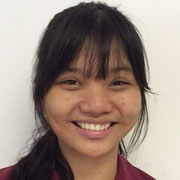 “It’s never too late” by Anna Patricia Abella Amo, is the Highly Commended story in the senior category of the second biannual Short Story Contest 2016.

Sixty-seven, sixty-eight, sixty-nine, I counted silently. I gently placed the strands of brown hair on my lap and reached on the other side of my head to pluck out a few more. This was my way to calm myself down. “Eva,” my psychiatrist, Olivia, called calmly as she looked up from her notebook.

I took a deep breath, my hands shaking as I tried not to let anymore tears escape as I told her of all the horrible things I said to my mother.

‘”You,” I lifted a shaking finger,” are not fit to be my mother,” I whispered, venom dripping from my words.

Her face drained of color and her eyes reflected all the pain I caused with those eight words as she reached for something to hold on to balance herself. I turned my back on her and ran out the house, not missing the sound of glass falling and breaking, scattering on the floor.’

“She brought this upon herself, I had thought to myself once. I know how terrible of a daughter I am and that all the punishments in the world I would be given wouldn’t amount to all the cruel things that left my mouth and went straight to her heart,” my voice shook as I kept my gaze fixed on the loose strands of my jacket.

My mother and I weren’t in bad terms until my father died when I was five years old. I don’t remember much of him and I don’t know a lot about him but I do know that I did not receive the love a father gave his children.

“I... was not able to greet him with a kiss on the cheek every morning as he read his newspaper and sipped his coffee. I was not able to hear words of comfort when I didn’t make it into the soccer team or got an ‘F’ on my Chemistry test. I was not able to feel the safety and solace a father’s arms provided and even if I did, I wouldn’t remember!

12 years of living a life without a father that I didn’t know how to act or feel when I had gotten one. A year ago, my mother remarried her co-worker, Harvey, and suddenly, I was being scolded for things I didn’t do. I can’t do this, I can’t do that, it was absolutely ridiculous! Years of wishing for a father and I was given Harvey! What should I feel? Grateful? Happy? Ha! I grew to despise him with all my bones and every strand of fiber in my body!”

“Eva!” She slammed a book on the table and lifted an eyebrow at me and I realized that I was standing, my breathing ragged and my voice raised.

I mumbled an apology, sitting back down as she nodded slightly for me to continue.

“I had no one else to blame so I pointed my finger once again, to my mother. It’s ALL her fault. I distanced myself from her and lived most of my life with my Aunt Violet. She was my safe haven, my anchor that held me down and brought me back when I tried to waste my life away. But life wasn’t satisfied with only taking the life of my father. It laughed at my face as it took the life of my precious Aunt Violet’s too.”

“I was on the verge of breaking apart and one word resonated and wouldn’t leave my mind,” I whispered,” Suicide. Suicide. Suicide, my mind continuously told me,” I looked up at her in fear as I remembered the nights I felt so alone. The little girl who looked at everything with wonder and beauty died and was replaced by a girl who saw nothing but darkness and sorrow.

“I was envious of those who had good relationships with their parents and I tried to commit suicide and I was one second away from killing myself when I thought of my mother, wailing and bent over my coffin. I couldn’t do it anymore after that.

I told myself I didn’t care but I did. Even after everything I did to her, I cared about her and the strength of plunging the knife into me changed into the strength of something else. The strength to change,” the corners of my lips lifted into a small smile.

“I have a mother, a mother who had to take on the role of a father too and who worked multiple jobs to support her family and make a living. I was so blind. Blinded by the fact that I lost my father and failing to see what I have. I was too focused on what I lost. I had become selfish and instead of being happy for my mother when she had Harvey, I had gotten mad.” I shook my head at myself.

“I now realize how foolish I had been. God blessed me with one of the greatest blessings one could ever have and I was too blind to see, even when it was standing just in front of me.”

I looked up at Olivia and she looked at me, expectantly. “And what are you going to do now?” She asked me.

“If it’s not too late… I am going to turn over a new leaf and give my mother a chance, a chance I robbed her of when I shut her away from my life.” I counseled myself. “One step at a time,” like you’ve always been telling me. I’m going to give Harvey a chance too,” I smiled as Olivia gave me an encouraging pat on my shoulder.

If you’re having problems like mine, I’d like to advise you to look again and think twice. Take care and love your family before it’s too late to let them into your heart. They are God’s gifts to you. They have sacrificed so much for you and I hope you remember that it’s not that hard to start showing languages of love that could spark up a wonderful bond among family members and create a loving atmosphere at home. A warm hug will say a lot!