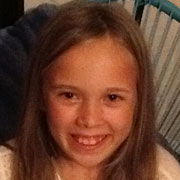 “Ghost in the shadows” by Alexandra Nisbet, is the Second Prize winning story in the junior category of the second biannual Short Story Contest 2016.

Ghost in the shadows

I had never seen a ghost, but like they say, there’s a first time for everything. A young ghost is staring at me ‘Jodi, Jodi’, it seems too say, yet it does not use a mouth. As I take a step away, I trip over my brother, Spencer’s tombstone. ‘Are you afraid of me Jodi?’ It silently asks me. Guilt takes over and I scream.

“Don’t shout, you could hurt her,” It’s a woman's voice, with a heavy accent. I open my eyes; two people swim around me, blurry like a frozen video.

“Jodi!” a small arm wraps around me as I struggle to focus. When my vision clears, I see Becky. “You’re alive,” she sobs.

“Hey little sis,” I somehow manage to say. “What happened?”

“Well,” Becky starts, but the woman next to her cuts in. I recognize her as Miss Westwood, the English woman that lives next to the graveyard.

“I was visiting my son when I found your sister looking for you,” Miss Westwood pauses, then goes on, “We heard you scream, and found you here.” she gravely finishes. As she had been telling me this I looked around. There was nothing in sight.

A few days later I am as right as rain, but I can still not grasp what I saw in the graveyard that day. The ghost reminded me of someone, something and a tragic day.

That night I have the same nightmare.

It was a cold night. Max Westwood, Spencer and I were driving late at night coming home from the latest ‘Lara Croft’ Movie. Max and I were teasing Spencer about his massive crush on ‘Miss Croft’. “Lara and Spencer sitting in a tree,” I start and Max joins in, “K-I-S-S-I-N-G”

“Stop,” Spencer said, blushing. “and Miss Lee, a 5 year old like you shouldn’t even be thinking about love.”

“Yes you are.” Spencer said in an infuriating voice.

“Dude, keep your eyes on the road,” Max said.

“What’s that?” I said, pointing to a ginormous hole in the road.

“It’s a sinkhole!” Max shouts, he pulled on the handbrake; it broke off. Spencer opened my door and undid my seatbelt. “What are you doing?” I screamed.

“Not losing you, GET OUT.” he shouted at me.

“I don’t want to lose you either, I am not leaving you.”

“Yes you are” Spencer replied for the second time that night, as he pushed me out the door. I saw the car fall and I collapsed in tears...

I wake up, covered in a cold sweat. According to my clock, it’s midnight. Jazz is on the end of my bed. As I grab her and cuddle her soft black fur, I sob, “It’s all my fault.” The accident had stopped his heart as well as my life. Eventually I drifted off around 5.00 am with Jazz on my chest.

I wake up to Jazz licking me on my nose. ‘Meow’ she purrs. “Alright, I know you’re hungry, I’m getting up,” I grumble. Before I can move, Becky comes in with a plate of scrambled eggs covered in tomato sauce, “I still don’t get why you like scrambled eggs with tomato sauce, you are soooooo weird” she says.

“What? They’re nice,” she says. While we argue, I finish my breakfast and make plans for the day. I am going back to the graveyard.

“NO, NO, NO,” Becky says, “You are not going back without me, what if you faint again?”

“Why do you need to go so badly anyway?” she asks.

“Umm, I, well,” I stammer, not prepared for this question even though I know it would be asked.

“I know it is hard to believe,” I explain, “but I did see him but before I could talk to him I fainted.”

“You’re not going,” Becky says, as she feels my forehead, “You must have Paramnesia*”

“I do not have paramnesia,” I say indignantly, “but to make you happy I won’t go”

In the graveyard I feel just a bit guilty about lying to Becky, but I am used to that feeling. Beside the tombstone I call, “Hello?, Anybody there?”

After a couple of minutes, I try again “Hello?, Spencer?, Are you there?”

This time I get a reply. “Jodi,” He calls as he materializes in front of me.

“Yes it was,” I cry. “If I hadn’t argued and got out of the car when you told me to than you would have had time to get out.”

“I wouldn’t have gotten out anyway. I would have stayed with Max,” Spencer tries to put his arm around me but it passes through.

“No you don’t,” Spencer says in a low voice, “Than we would be leaving Becky all alone.”

Becky was only 5 when Spencer had moved on to the world above. She doesn’t remember much about him.

“Yes,” said a voice, its body floating out of the darkness.

“MAX,” I rush to hug him but run straight through.

“Still can’t get me even when I’m standing still!” he teases.

A question strikes me, “Can you both fly?”

Spencer and Max grin at each other “That depends.” Spencer starts and Max finishes, “Are you afraid of heights?”

I wake up in my bed. The memories of the night before flood through me like a river. Max and Spencer had taken me all around the world, teleporting us, at almost the speed of light.

I have not had the nightmare for the first time in two years, and I doubt I ever will.