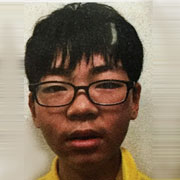 “All creatures are precious” by In hyuk Kim, is the Highly Commended story in the junior category of the second biannual Short Story Contest 2016.

All creatures are precious

Country Fox was a teacher, and he had many animal students. But Country Fox didn't eat his students because he had been taught by his mother. She said, “ Don't kill other creature because killing is bad. And you should think of another method to find food. ”

One day his friend called him, “Hey Country Fox! When can we meet? I will tell you more how to act like a real fox.”

They decided to meet at City Fox`s house. City Fox of course lived in the city.

Country Fox excitedly told City Fox,” “ Guess what, I am a teacher and I have many animal students!” And City Fox said, “Hey! What are you doing? You are a fox! Why didn't you eat your students?”

Country Fox said, “Really? um…” He thought. “What should I do? Do I have to eat my students?” He thought again. And then he replied, “I don't agree with you.”

And then he came back to his house with sadness. He loved his students, but his food was not enough for him everyday. That’s was because he ate grass! Then his health got from bad to worse.

One day City Fox came to Country Fox’s school and suddenly he tried to eat Country Fox's students. When Country Fox saw that, he felt angry. Country Fox thought he really had to hurt City Fox to protect his students. But at the moment he remembered his mom`s moral. He thought again, “I must not kill any living being, what should I do?”

Meanwhile City Fox already ate many of his students. Country Fox was shocked.

One day he called City Fox and asked, “Why did you eat my lovely students?” City Fox answered, “Because it's natural for me. Because they are my food. I wanted to let you know you have to eat animal. So I did it to show you.”

Country Fox asked again, “How can you eat animals? Don't you think it's cruel?”

City Fox said, “Never~ I don't think so. I think the strong animals may eat the weak animals. If I were born as a weak animal, I should eat grass. And someday I would be eaten by a stronger animal.”

City Fox was angry to hear it and couldn't understand his thought. He believed he didn't do anything wrong and he would prey on weak animals anytime.

Country Fox made another school. He taught his students very hard. But his health got worse. He put on his thinking cap for a few days. Finally he had a good idea. He would eat both grass and dead animals. This way he never had to kill even once, and he could keep his promise to his mom. He said to his students, “Don't kill any animals because it is wrong and bad . When you want to kill some animals, remember my words.” Country Fox’s students respected him and loved him.

One day when City Fox was walking in an alleyway, he was beaten to death by someone. A rumor spread out that maybe the killer was the mother of a student he had killed before. Nobody knew about the killer's identity. And nobody grieved for his death.

A few days later Country Fox heard about the murder. He was so sad. Country Fox knew that City Fox had two children. He took them to his house. He taught them like his mother, “If you kill someone, then you are a murderer. All living being is precious.”