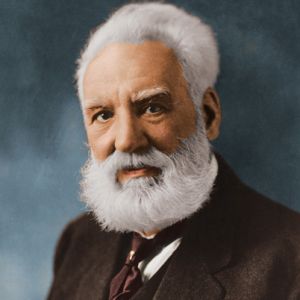 Alexander Graham Bell, the scientist, the engineer and an inventor who gave a dramatic development to communication. Little do we know about him except as the inventor of telephone! Let us learn a few interesting facts about this famous personality.

He was Scottish and grew up in Scotland. His childhood was surrounded by science and experiments.

He was named after his grandfather Alexander Bell and had no middle name. His middle name GRAHAM was gifted by his father as a birthday gift when he turned 11 years.

His family was fond of communication and made many efforts to improve and simplify communication. This created a deep interest in Alexander’s mind and he became very passionate about science.

He moved to Canada when he was 23 years old. He studied about human voice and to gain experience, he worked at many schools for hearing impaired.

Bell’s work towards exploring the world of communication and speaking words was greatly recognized and experienced by his mom and wife. They both were deaf and he sought the inspiration from his family.

Lesser known fact is that this famous personality was an amazing piano player and he mastered it at a very young age.

His experiments with sounds and voices led him experiment with various sound devices like Harmonic telegraph, phonautograph, etc, which enabled him to send multiple voice messages through a single wire, recording sounds and messages, etc. Further, he worked on an acoustic model to develop a new communication device.

In a few days, he invented the first telephone and succeeded in his attempts.

The first words spoken by Bell through the telephone were to his assistant -‘Mr Watson, come here. I want to see you’.

His continuous research and experiments helped him improve the design of the telephone and it was then used by more than a million in the US.

In addition, he also had strong interest in related fields of science. He was a part of many medical researches, hunted for discovering the alternative fuels, experimented with metals and much more.

His childhood was filled with tragedies and he battled the dreaded disease of 19th Century, tuberculosis. His spirit and passion helped him recover.

Bell has beautifully infused science and love by inventing telephone.

A famous quote from this great personality! – Before anything else, preparation is the key to success.

« Back to MenuNext: Amartya Sen »