Short Stories » The Tale of Asao and Ayato 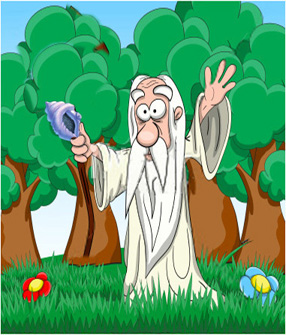 The Tale of Asao and Ayato

Long ago in ancient Japan, there lived two brothers named Asao and Ayato. Asao was the older brother and Ayato was the younger one. Now, these brothers were quite different from each other. While Asao was greedy and selfish, Ayato was a kind and helpful man. Both of them lived with their wives in houses that stood next to each other.

One day, Ayato had to go to another town for business. On the journey, he had to make his way through a forest. While walking through the forest, Ayato spotted a freshwater lake. Tired and thirsty, he drank some water. Just then, he noticed a forlorn child crying nearby. There was no parent or guardian to be seen. Overcome by pity, Ayato approached the boy and asked him his name and where he had come from. The boy replied that he was from a nearby town and that he had lost his way in the forest, where he had come to collect fruits.

Ayato comforted him and offered him the bread that his wife had packed for him. As the child ate hungrily, Ayato told him that he would get him home and he would soon be with his parents. Upon hearing this, the boy smiled and hugged Ayato.

Immediately, there was a clap of thunder. To his amazement, Ayato saw the boy disappear, and in his place, stood a tall old man with white hair and a flowing white beard. “I am the Spirit of the Lake,” he said, “and the child was me in disguise. I am impressed by your goodness and kindness. As a reward, I am giving you a magic conch. Blow it only when you are in trouble and it will take care of everything. And remember not to misuse it.”

Saying so, the Spirit gave Ayato a conch that had all the colors of the rainbow. As Ayato bowed low in gratitude, the old man vanished into thin air. Soon, Ayato resumed his journey and reached his destination. Having done good business, he earned a huge amount of money. However, it was late afternoon, when he set off for home and it grew dark when he got to the forest.

Soon, a group of thieves attacked Ayato and asked him to hand over all his valuables. Scared, Ayato did as he was told. The thieves grinned in glee when they saw the big booty that they got. Having robbed him of all his money, they let Ayato go. Ayato however, had the magic conch in his pocket, and no sooner than he was let free, he remembered the words of the Spirit of the Lake. “I am doomed,” he thought, “As all the money that I have earned has been taken away from me. Now is the time for me to blow the conch. Let me see what magic it does.”

Taking out the rainbow-hued conch, Ayato blew it. Once. Twice. Thrice. Now, the robbers were only a little distance away and Ayato could hear their laughter. However, with the blowing of the conch, their laughter stopped and there was silence. Curious, Ayato, ran in the direction of the robbers, blowing the conch from time to time. When he came to the thieves, he found them fast asleep with Ayato’s bundle of cash lying next to them. He realized that the peals of the conch put its hearers to sleep and hence, the thieves had dozed off all of a sudden.

Ayato quickly collected his money and made his way out of the forest. When he reached home, it was quite late into the night.

Asao soon came to know that his brother had been blessed with good fortune while doing business in the other town. He was very jealous and wanted to get equally rich, if not more. So he and his wife invited Ayato and his wife to dinner one night, and Asao asked his brother about where he had gone and how he had conducted business, in order to follow the same path himself. Helpful by nature, Ayato gave Asao the business details and then, told him about the Spirit of the Lake and the magic conch. “Had it not been for the Spirit’s gift, the conch, I would have lost all my money and returned home empty-handed,” he replied.

A few days later, Asao set out for business like his brother. Soon, he came to the lake in the forest. Now, Asao was on the lookout for a crying child whom he could help and in return, get a reward from the Spirit of the Lake. However, it so happened that this time, the Spirit assumed the guise of a poor old woman carrying two pails of water. “Ooh!” signed the old woman, “These buckets are so heavy! If only I were younger, it would not be such trouble.” But in spite of seeing her pitiable plight, Asao did not come to help her. “Pooh! Why should I carry the buckets for her?” he thought, “She will not be able to give me anything. I will only help a crying child as I know it will be the Spirit of the Lake.” So he stood there even as the old woman grunted in pain.

At last, there was a clapping of thunder and the Spirit of the Lake appeared in his true form. “You are a very mean person!” he boomed, “You did not come forth to help a poor woman. Such a selfish man! You will not prosper in whatever that you are on your way to do.” And while a disappointed Asao stared, the Spirit disappeared. Just as the Spirit had predicted, Asao was not able to fare well in business. In fact, he lost a lot of money. He returned home angry, with lesser money than he had left with.

However, instead of repenting for his selfish act in the forest and trying to be a good person, Asao kept wondering about how he could get rich. He was so greedy that he was ready to go to any length to get money. Asao remembered the powers of the magic conch and hit upon a plan. One night, when Ayato and his wife were sound asleep, Asao stealthily stole the rainbow-colored conch from their house. That same night, he broke into the King’s palace and entered the room containing the royal treasury. When the alarm was raised and the guards came running, Asao began blowing the magic conch, intending to lull them to sleep.

But none of the guards fell asleep! On the other hand, the sound of the conch helped them to easily locate Asao and nab him. Actually, the conch could only work its magic if it was used for a good purpose, as the Spirit had told Ayato. As Asao had misused it, it worked just like an ordinary conch and did not put any of its hearers to sleep. Therefore, Asao ended up in prison for his greed.

« Back to MenuNext Story: The Boon »