Short Stories » The Minister And The Dogs 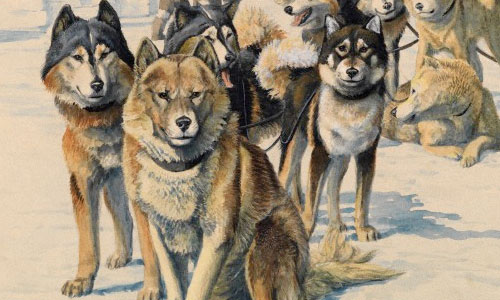 The Minister And The Dogs

Once upon a time, a King ruled the world! He was a good man. However, he could not tolerate mistakes. The king always punished those who tried to cheat him or committed any mistakes.

One summer, the minister was discussing with the king about agricultural produce. The summer was hotter than the previous year. The minister told the king that they could dry the grains and seeds during the summer to preserve it for future use. The king agreed and they dried the grains in the empty land.

After about four days, a sudden rainfall destroyed the dried grains that were spread in the fields. Around 25 percent of the grains were spoiled and became unusable.

The king became very angry and decided to punish the minister for his wrong guidance. It was the first mistake made by the minister. The minister was like a second skin to the King and provided appropriate guidance in all respects.

The king had 10 dogs and those who were punished were thrown to the dogs.

The minister was shocked to hear his punishment. He argued and pleaded with the king, ‘It was just one mistake that I made. Besides, we have enough food to serve the people for more than a year and we need not worry! I served you for over 10 years with no flaws, and now you are punishing me!’

The king gave him 10 grace days to fulfill all his desires, except he cannot ask for life, before he was thrown to the dogs.

Minister got an idea. He went to the security man, who guarded the dogs. He told him that he wished to feed the dogs for the next few days. The surprised security guard agreed to his request, as he was ordered to fulfill the wishes of the minister.

During the next 10 days, the minister pampered the 10 dogs like a baby! He fed them delicious foods, played with them and took good care on them.

The 11th day arrived. The minister was thrown to the dog as ordered by the king. Instead of the dogs trying to attack the minister, they licked his feet and played with him. The King was in a shock.

The minister told the king, ‘My honor, I was with the dogs just for 10 days, now they are so kind to me. However, I was with you for 10 years, serving you all the time! Can you forgive me now?’

The king understood his mistake and apologized to the minister.

« Back to MenuNext Story: The Lazy Farmer »