England and Zanzibar holds the title of shortest war in the world of history. They fought in the year 1896 and the war lasted only for 38 minutes, where Zanzibar surrendered to England. 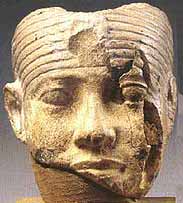 Pepi II is the only monarch who ruled Egypt for 90 years and it is the longest reigning in the history ever until now.  The period of his reign was from 2566 BC to 2476 BC. 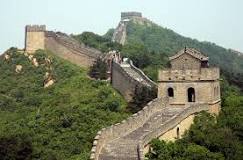 Guards of Great Wall of China

Many of you may aware that one of the Seven Wonders of the World - the Great Wall of China is protected by special guards. However, during the middle ages, the wall was protected by special group of men. This group of men not just guarded the Great Wall of China, but also dedicated their lives. The group lived there from birth to death. They grew up, worked as guards, get married, had children, and died there. In fact, the dead guards were buried in the wall itself.

Romans had some unique practices and traditions. One such weird and funny practice is they mixed the human urine in the process of making toothpaste! How weird it is!!

Women in the Ancient Ages

Women were not provided equal freedom or independence like men in the ancient ages. In ancient days, in Greece, women were sentenced to death if they watch the Olympic Games.

This is totally funny. Romans considered a child with a crooked nose carry the powers of leadership.

While women are not given equal power or freedom as men, a small flu over powered men! Yes, in Spain, more than 20 million were killed in a year by flu!

Albert Einstein was seriously ill in his last days. He was looked after by a nurse and he uttered a few words just before he had his last breath. Unfortunately, since his nurse could not understand German, the last words were buried with him.

We wear eye glasses, called spectacles for many reasons, from poor vision to fashion statement. This isn’t a new fashion, but has been used for more than 700 years.